UPI – A British Columbia crew cleaning up plastic waste on the coast found a message in a bottle tossed into the ocean by a Washington state teenager nine years earlier.

Jeff Ignace, a member of the provincial government-funded team cleaning plastic waste from the shoreline, was working near Estevan Point on Vancouver Island’s west coast, north of Tofino, when he found a plastic water bottle with a sheet of paper inside.

The paper had been coated in plastic wrap, but had gotten wet from leaks and it took workers some effort to unfurl the paper to read the message.

The note was written by a 17-year-old girl named Brittney and included a phone number.

A CBC News crew on the scene to cover the clean-up project called the number on the message and connected with now-26-year-old Brittney Amundsen.

“I can’t even believe someone got that and I have the same phone number,” Amundsen told the CBC News crew. “One day, I was, ‘Hey, let’s write a message in a bottle and see if anyone gets it.’”

Amundsen said she tossed the bottle into the Pacific Ocean on March 17, 2012, near her father’s beach house in Grayland, Washington. 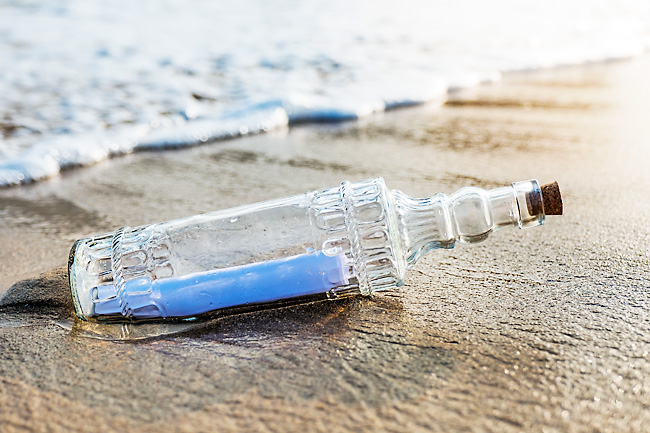