LOS ANGELES (AP) — The Los Angeles Clippers’ tradition of making a move on draft night continued yesterday as they moved up to select Tennessee guard Keon Johnson (AP; pic below) after making a trade with the New York Knicks.

The Clippers sent the 25th pick, which ended up being Houston guard Quentin Grimes, and a future second-rounder to the Knicks to get Johnson.

It is the fifth consecutive year the Clippers have made a trade on draft night. They were slated to have only one draft pick, but made a deal with the Orlando Magic to acquire the rights to Ohio University guard Jason Preston, who went 33rd overall.

Johnson could be the Clippers’ last first-round pick for the foreseeable future. They don’t have a selection under their control until 2027 after sending a tremendous amount of draft capital to Oklahoma City for Paul George two years ago.

“We felt good about the opportunity to get him. He’s one of the highest-level athletes in the draft,” said Clippers president of basketball operations Lawrence Frank. 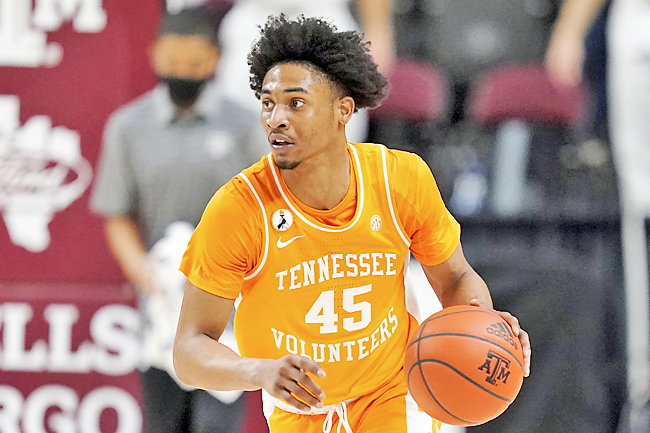 The six-foot-five, 185-pound Johnson made headlines during the pre-draft combine when he set combine record with a vertical leap of 48 inches. He averaged 11.3 points and 3.5 rebounds last season.

“I do believe that what I bring to the offensive end will be able to help the Clippers. I also believe that throughout this whole process my game has completely grown and changed from whenever I was last seen at Tennessee,” Johnson said from New York after being selected.

The Clippers are hoping to get to the Western Conference finals for the second straight season but will need to do so without Kawhi Leonard. The All-Star forward is expected to accept his player option but could be out most of the year after suffering an injury to his right knee during a playoff series against Utah. He underwent surgery on July 13 to repair a partial tear to the right ACL.

“We’re still going to be very, very competitive just like we have been the previous years,” Frank said. “The goal is not to be good just for a one-year cycle, but for a long time.”

Johnson — who said he looks up to Leonard and shares the same agent as George — should be able to get some playing time early.

“I do believe I can come in and make an immediate impact as a younger player,” Johnson said. “I’m open to learning from the vets. They’ve got some great vets in the organisation, and I feel that with bringing me that I can potentially help the team get back to where it started.” 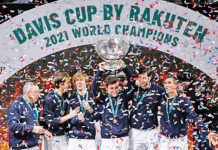 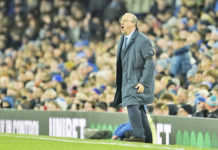 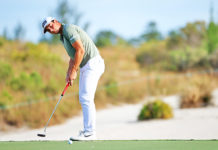