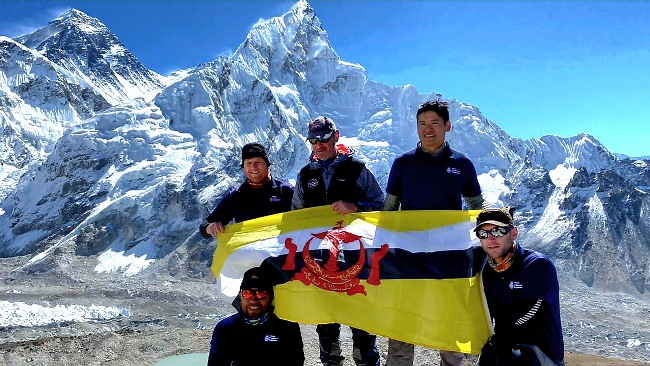 A group of four British military personnel based in the Sultanate and expedition leader from the United Kingdom (UK) scaled and flew the national flag of Brunei Darussalam on top of Kala Pathar (5545 metres) last week.

Kala Pathar is a notable landmark located on the south ridge of the Pumori Hill in the Nepali Himalayas above Gorakshep.

Other members of the team were based in the British Gurkhas Nepal.

After reaching the famous Kala Pathar, the group proudly pulled out the national flag of Brunei Darussalam and flew it high on the scenic mountainous region.