But a decade ago, the 45-year-old nomad gave up his pastoral life in search of a better future for his family. He sold off his animals and migrated to an urban settlement in the outskirts of a regional town called Leh.

Dorjey now lives with his wife, two daughters and a son in Kharnakling, where scores of other nomadic families from his native village have also settled in the last two decades.

“It was a tough decision,” Dorjey said recently, sitting on the veranda at his home. “But I did not have much choice.”

As this region in Asia is particularly vulnerable to climate change, shifting weather patterns have already altered people’s lives through floods, landslides and droughts in Ladakh, an inhospitable yet pristine landscape of high mountain passes and vast river valleys that in the past was an important part of the famed Silk Road trade route.

Frequent loss of livestock due to diseases, lack of health care, border conflict and shrinking grazing land – worsened by extreme climatic changes – has forced hundreds to migrate from sparsely populated villages to mainly urban clusters in the region known for its sublime mountain landscape and the expensive wool. 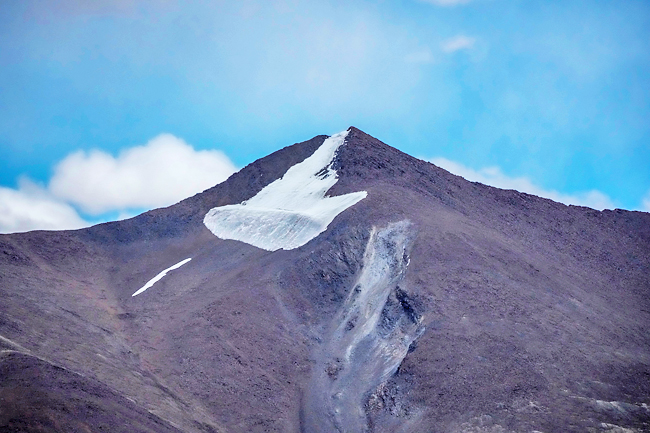 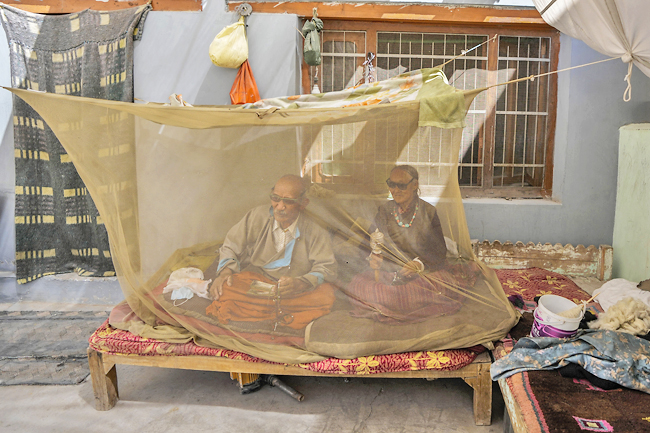 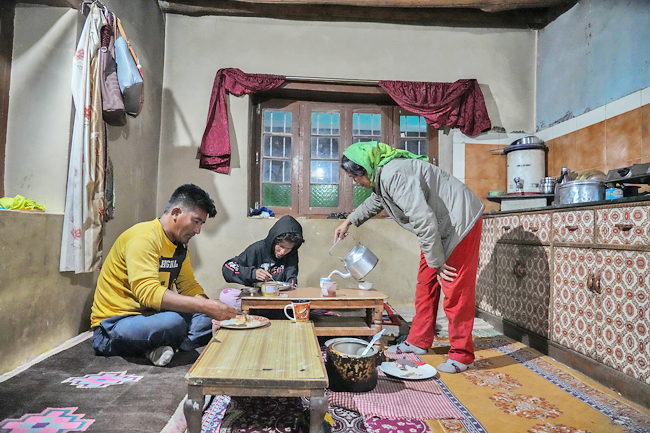 In the remote Himalayan region, glaciers are melting fast while still villagers largely depend on glacial runoff for water.

When growing up, Doriey said elders would often talk about moving somewhere else because there was so much snow that daily life was difficult.

“As I grew up, snow fell so little that we would contemplate leaving the place,” Doriey said.

He still stuck out there, herding some 100 cashmere goats, yak and sheep. But an illness of his younger daughter, Jigmet Dolma, now 18, changed the family’s course.

Dolma initially suffered from pneumonia. Then she had seizures and would often faint, sending the family some 170 kilometres north to Leh, where they would spend days for her treatment. As the family was yet to come to terms with her ailment, incurring losses to their livestock due to diseases and cold was draining them of their resources, Dorjey said.

“It was a cataclysmic year and extreme cold badly hit livestock. It just devoured large number of baby goats,” he said.

At about 15,000 feet altitude, the temperatures in the region can fall to minus 35 Celsius during long winter months.

In 2011, Dorjey locked his stone house and left Kharnak for good. He painstakingly built his new life in Kharnakling and now drives a taxi for a living. The health of his daughter Dolma has improved while the two other children are studying.

“Ultimately, it boils down to safeguarding your family,” he said as he took a deep breath.

“Urban life has brought its own issues and almost everything runs on money,” he said as he explained his earlier predicaments of new life. “Life was much easier there (in Kharnak) with all its hardships.”

“It’s better here for me and my family,” the 47-year-old woman said. “It took us a while to adjust, but I’m glad we moved here.”

On a recent sunny day, Dorjey drove to his native village Kharnak where he met his maternal uncle, Tsering Choldan. The 64-year-old nomad announced to him that he too was leaving soon. Other shepherds were also packing up their bags.

Dorjey pointed out that the village in recent years had received considerable attention as authorities built some prefab huts for nomads and spruced up animal feed facilities. But he said he was skeptical by experience that such facilities would stop migration.

“There are some facilities that were not there when I was living here. But there are also some other regressive changes that have occurred,” Dorjey said.

The worst, he said, is unpredictability of the weather and shortage of water in recent years.

Many of Kharnak’s pasturelands have become barren owing to unusual weather in recent years. And the multiple glaciers that covered the surrounding high peaks have shrunk drastically in last two decades causing water shortages, the shepherds said.

“Few small ones that rested on mountain peaks in my years of nomadic life have now almost entirely disappeared,” Dorjey said pointing to a barren mountain range in Kharnak.

Dubbed as a part of water tower of Asia, Ladakh is home to thousands of glaciers, including Siachen glacier that is the longest outside the Polar region.

Some of the region’s glaciers also feed the Indus Basin Irrigation System, one of the world’s largest that services India and China and considered a lifeline for agricultural land in Pakistan.

But they are receding at an alarming rate, threatening the water supply of millions of people.

In recent years, the changes on the ground are visually stark.

There are some fruit and vegetables, like apple and broccoli, now grown in the region due to favourable weather conditions. About a decade and a half back such farming was unheard of.

Bird watchers now spot winged creatures like paradise flycatcher and Eurasian scops owl that don’t belong to the region. At the same time some native wildlife like Tibetan antelope or Ladakh urial are disappearing from the region’s landscape.

The ongoing military standoff between India and China has witnessed deployment of tens of thousands of additional soldiers to the already militarised region and has led to massive infrastructure development in recent years.

It has in turn increased localised pollution manifold, mainly in the form of carbon dioxide emissions from burning fossil fuels like coal and kerosene, and wood for heating shelters to keep soldiers warm in freezing temperatures.

Dorjey said some places in the region “still receive a regular snowfall, but it melts fast,” an indication of what experts point out to Ladakh’s warming weather.