PODGORICA, MONTENEGRO (AP) – Clashes erupted on Monday during an opposition protest in Montenegro reflecting a deep political crisis between the pro-Western and pro-Serb and pro-Russian camps in the small Balkan country that is a member of NATO.

Montenegrin police used pepper spray against hundreds of protesters who threw rocks, bottles and other objects during a demonstration outside the Parliament, said a police statement. No one was seriously injured, police said.

The protest was held as lawmakers inside the Parliament building voted to strip the country’s pro-Western president of a decisive role in appointing the prime minister.

The law was pushed forward by the pro-Serb and pro-Russian majority in the Parliament, angering the pro-Western opposition.

The disputed law was passed on Monday by 41 lawmakers in the 80-member Parliament.

The United States (US) embassy in Podgorica called for calm.

“The US urges an immediate return to a calm and constructive discourse,” the embassy said on Twitter. “We call on all Montenegrin leaders and citizens to keep talking and find peaceful solutions to political problems.” 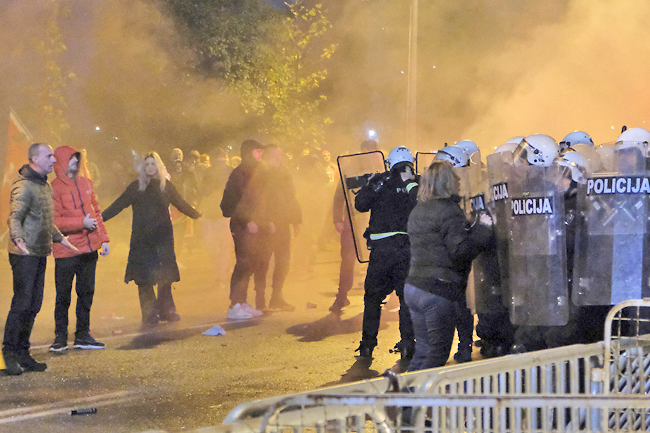