A 59-year-old Chinese man embraced Islam and recited Syahadah (declaration of faith) at a conversion ceremony at Kampong Bebatik yesterday.

The ceremony began with the recitation of Sayyidul Istighfar and Surah Al-Fatihah read by Haji Abdul Rajid followed by the Syahadah recitation by Goi Soon Chong who chose the name Muhammad Alex bin Abdullah Goi.

This was followed with Dikir Marhaban and the presentation of a souvenir to the new convert and concluded with a Doa Selamat recitation.

The ceremony was conducted in the presence of officers from the Dakwah Development Division of the PDI. Last year, 450 people converted to Islam in the Sultanate, of which 362 were locals and 88 were foreigners. 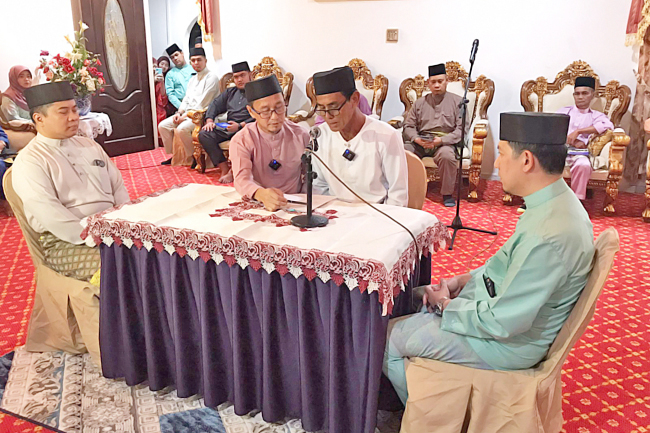