BEIJING (AP) – More than 100,000 people have been moved to safer areas yesterday as heavy rains brought flood risks to a region of southwest China that was devastated by a heatwave and drought for most of the summer.

Heavy rain was forecast for parts of Sichuan province and Chongqing city through at least today. Chongqing, a megacity built in a hilly area and that also oversees the surrounding mountains and countryside, issued a flash flood warning for both days.

The Sichuan emergency management administration said yesterday that 119,000 people have been evacuated. One village under the jurisdiction of Guangyuan city recorded 18.8 centimetres of rain, state broadcaster CCTV said. The city was one of two in Sichuan most affected by the drought.

A national level IV emergency response for floods, the lowest in a four-tier system, is in effect in Sichuan, Chongqing and neighbouring Gansu and Shaanxi provinces to the north. The hard, sunbaked soil left by the heatwave increases the risk of natural disasters when it rains, the official Xinhua News Agency said.

The shift in the weather brought some relief from the heat, and full power was restored to factories in Sichuan after two weeks of restrictions stemming from reduced hydropower output. 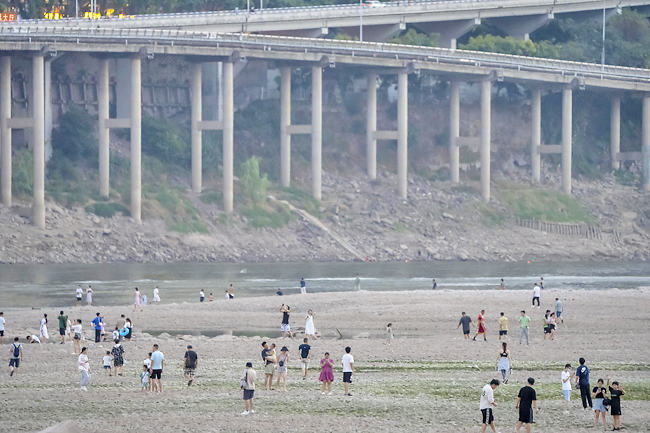