Beijing has a zero-risk approach to the virus, which emerged in the central Chinese city of Wuhan in late 2019. It locks down cities and mass tests whenever small clusters appear.

Tens of thousands of people are under lockdown in Jiangsu’s provincial capital Nanjing as authorities test the city’s 9.2 million residents after an outbreak linked to its airport last week.

“Of the 40 domestic cases, 39 were from Jiangsu province and one from Liaoning,” the National Health Commission said in a statement yesterday, adding there had been no new deaths.

Contact tracing also found five individuals who travelled through the Nanjing airport and tested positive after arriving in neighbouring Anhui and three other provinces, sparking fears that the cluster could lead to a fresh nationwide outbreak.

This prompted Nanjing officials to announce a second round of mass testing for all residents starting Sunday to identify patients who may take longer than usual to show symptoms.

Beijing has rushed to curb recent mini-outbreaks in border provinces, aware of the risks of the fast-spreading Delta variant.

One new case was reported yesterday in the northeastern province of Liaoning that borders North Korea, bringing the total number of local transmissions in the region to five since Thursday. 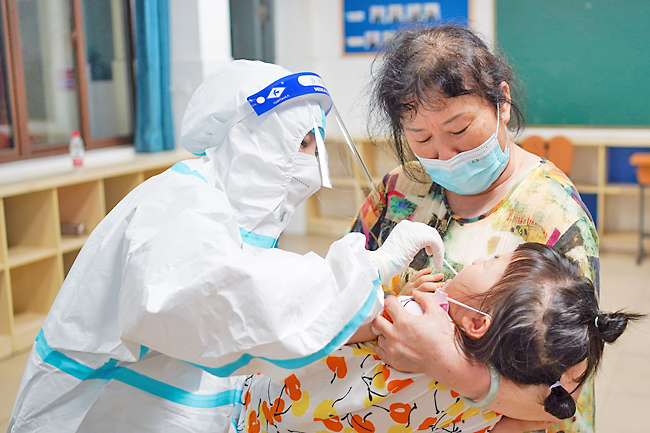