LONDON (AFP) – China, a big raw materials consumer, hopes to position itself as a global commodities marketplace with its launch of a new futures contract on the popular copper market.

The Shanghai International Energy Exchange (INE), a division of the Shanghai Commodity Exchange, opened the contract for the so-called eternal metal to foreign investors on November 19, following several trial runs – including one in oil – in 2018.

“The launch of bonded copper futures is necessary for the continued growth of China’s copper industry,” INE has said.

Philippe Sebille-Lopez, of the Geopolia Institute, called it was a shrewd move by China, given its reliance on certain commodities to power its economy.

“The greater the Chinese market share for a given raw material, the more Shanghai will be able to attract foreign investors,” he said.

The world’s factory accounts for around half of global copper production but it faces an uphill struggle to win business.

Although large brokerage companies want a presence in Shanghai, its trading volume remains very low compared with London, by far the bigger sister in the relationship.

The London Metal Exchange (LME), which was founded in 1877, proclaims itself the “world centre” for industrial metals trading, especially non-ferrous metals such as copper, aluminium, lead and zinc.

The LME, a subsidiary since 2012 of the HKEX – owner of the Hong Kong Stock Exchange – has significant technical advantages to retain its pre-eminence.

They include a network of warehouses around the world as well as a degree of liquidity and flexibility that its superior size provides.

It also has “the ‘date structure’ – you can trade for any single day”, Head of Sucden trading house Marc Bailey told AFP.

“That uniqueness makes it extremely attractive to trade,” he added.

“Each new contract is interesting because it presents margin opportunities,” compared with other markets, he added.

Sucden has not yet opened its exchanges on INE to its customers, and just trades itself on the new market primarily because of currency conversion benefits. 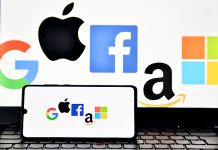 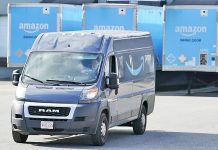