China factory activity edges down in June on tight supplies

BEIJING (AFP) – Chinese factory activity stabilised in June, data showed yesterday, but output was hit by supply shortages of key commodities and microchips as well as the coronavirus-induced closure of a key port that caused huge delivery delays.

The Purchasing Managers’ Index (PMI), a key gauge of manufacturing activity in the world’s second-largest economy, came in at 50.9 in June from May’s 51.0, the National Bureau of Statistics said.

While the reading has been edging down for three straight months, it appears to be levelling out. It was also broadly in line with forecasts and continued to stay above the 50 point mark that separates growth from expansion.

China’s economy is well on the recovery track after overcoming the impact of the virus early by imposing strict lockdowns and mass testing.

But production activities have been hit by “a tight supply of chips, coal and power, as well as equipment maintenance”, said NBS Senior Statistician Zhao Qinghe. 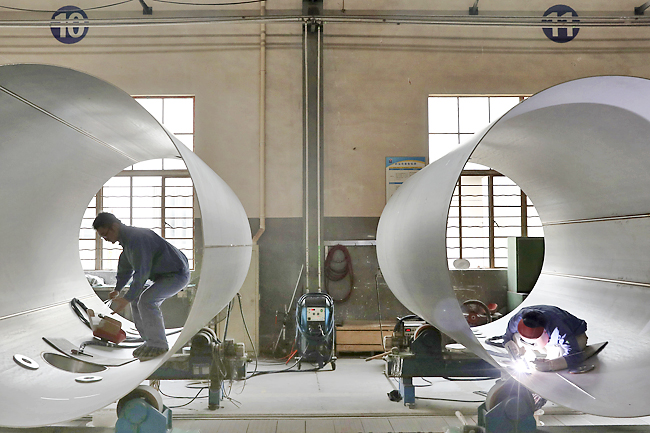 “Factors such as chip shortages have adversely affected the development of the(automobile) industry,” Zhao added, even as the new order index rose overall.

ING’s Chief Economist for Greater China Iris Pang said, “The chip shortage is a longer term issue that will affect overall production activities… anything that uses electricity nowadays has a chip or more inside it.”

Separately, Yantian port in the southern trade hub of Shenzhen stopped accepting new export containers for six days in May after a local infection cluster involving port workers – stifling trade at a key point of the stressed global shipping network.

Capital Economics analysts said in a recent report that manufacturing PMIs were likely to have nudged down with demand starting to level off and “supply constraints likely worsened in part due to the closure of the Yantian port during the first three weeks of June”.

China’s non-manufacturing PMI fell as well to 53.5 this month, although it was still well above the mark separating growth from contraction.

Although the service industry maintained a trend of recovery, boosted by a mid-year shopping festival, business activities were hit by local outbreaks, Zhao from the NBS said.