NEW YORK (AP) — The multimillion-selling Chicken Soup for the Soul franchise is reaching for a younger demographic.

The new project launches September 21 with four books: The board books Everyone Shares (Except Cat) and Everyone Says Please (Except Cat) and the picture books The Sunshine Squad: Discovering What Makes You Special and Sophie and the Tiny Dognapping: A Book About Doing the Right Thing.

“When we decided it was time to work with a children’s publisher, Charlesbridge was my first choice. I’m thrilled with the first books in the Chicken Soup for the Soul Kids and Babies series,” editor-in-chief and publisher of Chicken Soup for the Soul Amy Newmark said in a statement. “They impart values in such a delightful way. How great is it that kids will be amused and entertained while they absorb the life lessons their parents and grandparents want to share with them!” 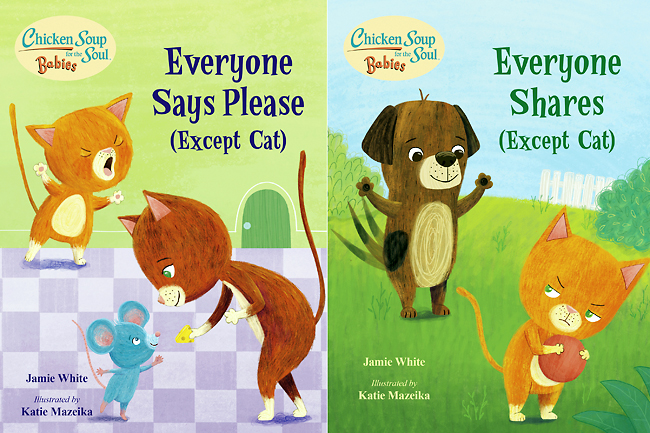