“The robot broke the child’s finger,” President of the Moscow Chess Federation Sergei Lazarev told the Russian TASS agency. “Of course, this is bad.”

A video shared on social media shows the robot taking one of the boy’s pieces, and then grabbing his finger as he attempts to make a move.

Four adults then rush in, struggling to free the boy before leading him away from the chessboard. Lazarev said the chess federation had rented the robot that appeared in many previous events without incident.

He said the boy was able to play again the next day and finished the tournament with his finger in a cast. 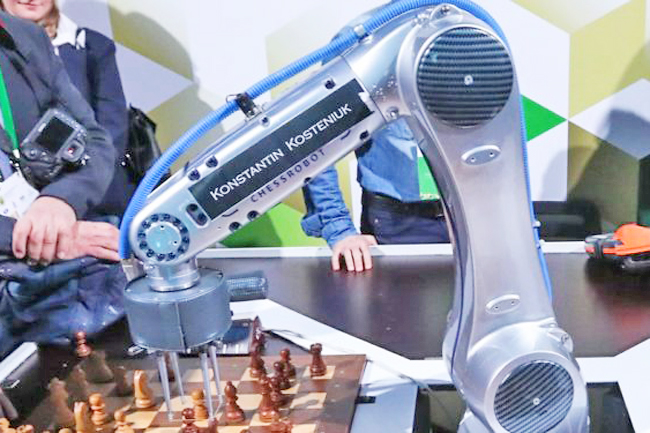