Cheika expects Pumas to front up against Australia

SAN JUAN (AFP) – Argentina need to improve up front if they are to avoid another defeat against Australia in the Rugby Championship in San Juan today, according to their coach Michael Cheika.

The Australian former Wallabies coach watched his team blow a nine-point half-time lead against the same opponents last weekend as they fell to a bonus-point 41-26 defeat in Mendoza.

In particular, the Pumas failed to deal with Australia’s driving maul, leading the visiting Wallabies to several times turn down the opportunity to kick a relatively straightforward penalty in favour of kicking to the corner.

It paid off as their dominant maul set up four of their five tries.

But it is not just in defending the maul that Cheika expects his side to front up this weekend.

“It’s just about improving all the things. We’ve said before the most important things are the scrum, the maul, line-out, ruck so we can be competitive with all the teams,” said Cheika. 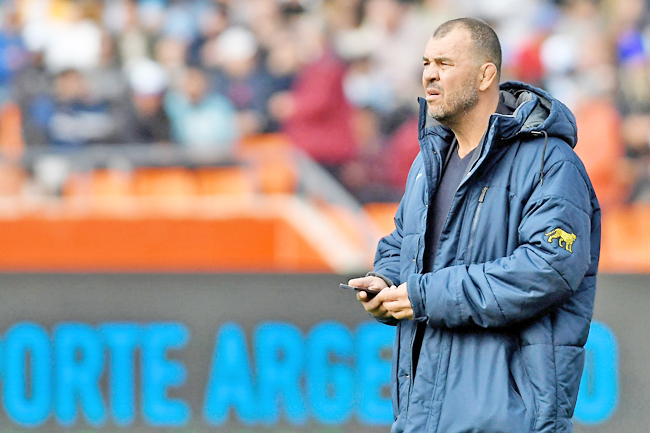 “We want these things to be at a strong level so we can be competitive in every game.”

Cheika was generally satisfied with his defence against the Wallabies despite conceding the five tries.

But it is putting the different aspects of the game together where he feels they still have work to do.

“We’ve got to work on the mentality and technique, mix the two things,” he said. “Just think about what were trying to do: we’re trying to build defence, the maul, everything together. In the game at the weekend we had a very good defence… (but) we need to play defence and maul and make all things happen at the same time.”

Despite their perfect start last weekend, Australia’s coach Dave Rennie is not resting on his laurels.

“Argentina and their supporters will be expecting a response this weekend and we’ll need to increase our physicality and accuracy to get another positive result in San Juan,” he said.

Both sides have made four changes to their starting line-ups with Rennie picking James O’Connor for his first Test this year at fly-half after fellow veteran Quade Cooper suffered a suspected ruptured Achilles tendon last week.