Cheetahs make a comeback in India after 70 years

NEW DELHI (AP) – Seven decades after cheetahs died out in India, they’re back. Eight big cats from Namibia made the long trek yesterday in a cargo flight to the northern Indian city of Gwalior, part of an ambitious and hotly contested plan to reintroduce cheetahs to the South Asian country.

Then they were moved to their new home: a sprawling national park in the heart of India where scientists hope the world’s fastest land animal will roam again.

The cats emerged from their cage, tentatively at first while continuously scanning their new surroundings. “When the cheetah will run again … grasslands will be restored, biodiversity will increase and eco-tourism will get a boost,” said Modi.

Cheetahs were once widespread in India and became extinct in 1952 from hunting and loss of habitat. They remain the first and only predator to die out since India’s independence in 1947. India hopes importing African cheetahs will aid efforts to conserve the country’s threatened and largely neglected grasslands.

There are less than 7,000 adult cheetahs left globally, and they now inhabit less than nine per cent of their original range.

Shrinking habitat, due to the increasing human population and climate change, is a huge threat and India’s grasslands and forests could offer “appropriate” homes for the big cat, said Laurie Marker, of the Cheetah Conservation Fund, an advocacy and research group assisting in bringing the cats to India. 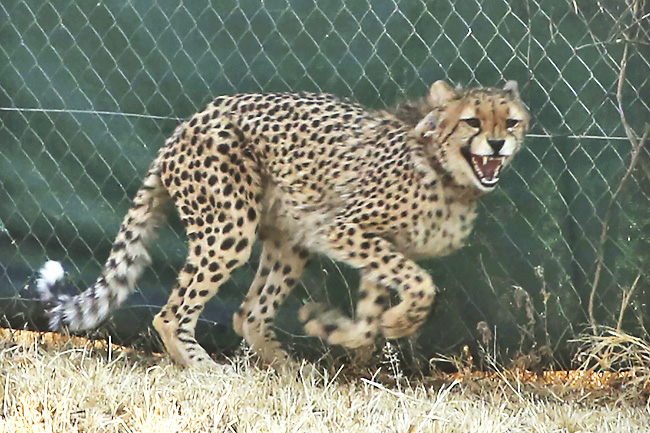