Cheering for a sports team is good for your mental health

AFP – Cheering on your favourite sports team could have positive mental health benefits, according to a British study.

According to a study published by Better – a United Kingdom (UK) – based charitable social enterprise providing access to community facilities – half of respondents believe that cheering on a team is good for their mental health.

Some 51 per cent of men and 46 per cent of women surveyed felt this way. These benefits are particularly noticeable in terms of social interactions. More than a third of respondents (35 per cent) feel included as part of a community.

According to the study, a third of respondents (34 per cent) said that watching sporting events inspired them to be more active.

But not all sports fans are as active as others. The study ranked the UK’s fans according to their sport of choice and their level of health and fitness, taking into account their physical activity and their diet for example.

Cycling and tennis fans came top of the list, ahead of golf, Formula 1, cricket, football and rugby fans. “We can see from these results how essential the presence of sports has been – improving socialisation with friends, bettering mental health, and making fans feel part of a tight-knit community.

“It also encourages a large number of people to become more active themselves, and this is a huge aim of Better, to increase participation in sports and fitness across all ages and abilities,” concluded the organisation’s health intervention manager Phil Hannen. 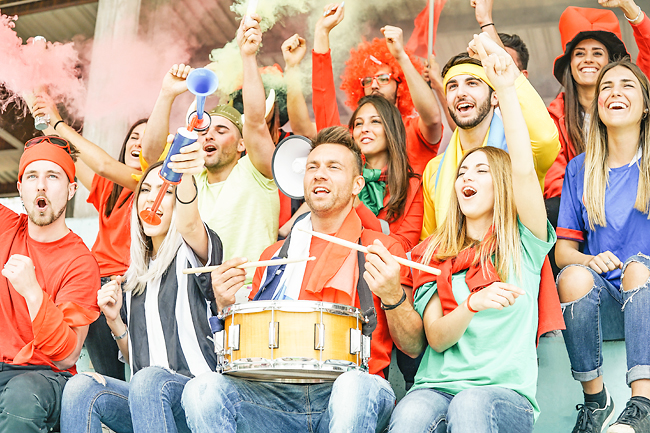