ChatGPT bot ‘for professional use’ on the way

SAN FRANCISCO (AFP) – Hot startup OpenAI on Wednesday initiated a waitlist for a professional and paid version of its software ChatGPT, which has sparked debate about artificial intelligence (AI) and the future of work.

OpenAI co-founder Greg Brockman teased an upcoming version of ChatGPT “geared for professional use” as media reports swirled that Microsoft plans to invest USD10 billion in the startup.

Microsoft, which makes its own Cortana digital assistant, declined to comment.

“Working on a professional version of ChatGPT; will offer higher limits and faster performance,” Brockman said in a tweet.

OpenAI late last year released its free version of the ChatGPT chatbot that is capable of answering questions so well that it reopened the debate on risks linked to AI technologies.

ChatGPT has also prompted concerns it could be used by students for homework assignments or to replace authors or others with writing jobs.

The professional model will come with a fee and be faster than the free version, which will remain available, the company said. 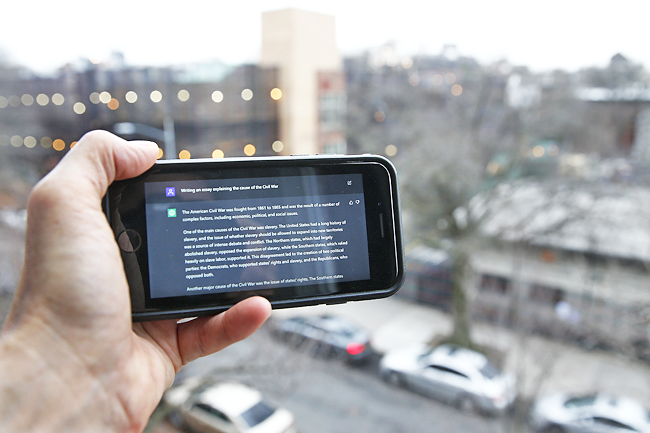 A waiting list page asked people what prices they think would be too high, too low, and just right for ChatGPT and how upset they would be if they could no longer use the chatbot.

“If you are selected, we’ll reach out to you to set up a payment process and a pilot,” the page explained.

“Please keep in mind that this is an early experimental program that is subject to change.”

Head Claude de Loupy of Syllabs, a French company specialised in automatic text generation, said “ChatGPT’s response can be off the mark,” but that its overall performance remains “really impressive”.

Conversations with the chatbot, posted online by fascinated users, show a kind of omniscient machine that is capable of explaining scientific concepts or writing scenes for a play or even lines of computer code.

Its level of sophistication both fascinates and worries some observers, who voice concern these technologies could be misused to trick people, by spreading false information or by creating increasingly credible scams.

Asked about these dangers, a response from ChatGPT said that human-like chatbots could be hazardous if misused.

“There are potential dangers in building highly sophisticated chatbots, particularly if they are designed to be indistinguishable from humans in their language and behaviour,” the chatbot told AFP.