“I could write a whole book sharing the many valuable and memorable moments I have experienced. However, what has struck me the most is the knowledge gained on becoming a producer, which encompasses all the assignments, story development, budgeting, how to work together in co-producing a film with other filmmakers.”

These are among the highlights of the world of filmmaking that Siti Imelda Farah Zohre binti Abdullah had never knew existed until she attended the International Film Business Academy (IFBA) in Busan, South Korea, conducted by the Busan Asian Film School (AFiS).

Having been selected for the course, Imelda said living together with 16 other fellows opened her eyes to the diverse cultures as well as various attitude and characters during the 15-week intensive course, from August to early November last year.

Among her fellow coursemates were two Malaysians, three Indonesians, two from the Philippines and two from India, as well as those from Bangladesh, Taiwan, Myanmar, Vietnam, Cambodia, Singapore and Japan.

“Another key moment that spurred my growth and made me feel even more grateful to be alive and living in Brunei is surviving Typhoon Himmonor. We had to be locked up in a building, as advised by the party handling the weather forecast in Busan,“ she recalled. 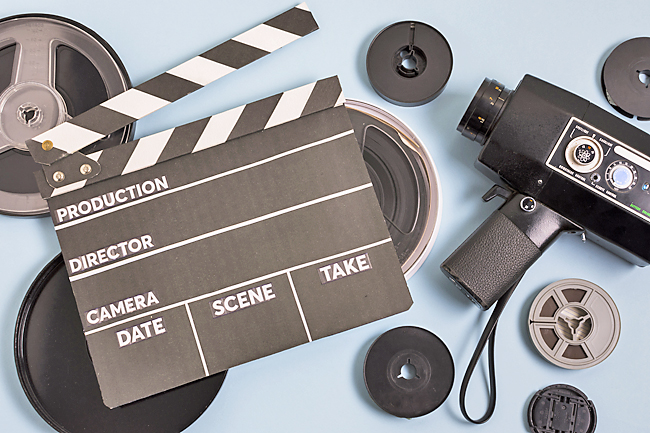 Imelda, who has been in the industry for more than 10 years, has her own circle of fans who enjoy watching her in local dramas. Although she has been involved behind the scene for many years, she was not confident in passing the online interview early last year as there were over 30 candidates from other countries and only two from Brunei – herself and Hajah Amal Nabilah from Filterworks.

However, both candidates managed to enrol in the first semester with the course conducted virtually from March to June 2022.

Following their graduation from the semester, they were evaluated for a scholarship for the second semester at the IFBA, which was held physically in Busan.

“The results hit me hard. I broke down because I was really disappointed to find that my name was not on the list while fellow Bruneian Hajah Amal Nabilah received the scholarship,” she said.

But luck was on her side as the latter declined due to her pregnancy and Imelda got the slot.

“I believe that what is meant to be yours will be finally be yours. As the religious saying goes ‘Our rezeki never goes to the wrong address.’ And it was my rezeki that I got to travel thousand of miles away from my family and gain this very valuable experience in a field that I am very passionate about. It was my journey of chasing the dream of becoming a filmmaker.”

One thing she learnt was in story development: it is important to showcase local elements, such as the language, the uniqueness of the culture and looking for something that is hidden that even locals are not aware of.

She also said, “Don’t just focus on the local industry as there are opportunities to spread your wings by going outside of the country. Take for example established local filmmakers such as Norain of Regal Blue Production and Abdul Zanidi, who were bold enough to carve a name for themselves abroad,” she said.

Imelda hopes to share the knowledge and experience from Busan with aspiring filmmakers, especially the younger ones.

As for now, it is her hope to see the authorities establish a Brunei film commission to help local filmmakers grow their talents and have a film industry that is on par with those overseas.