NASHVILLE (AP) – Chase Elliott simply can’t be beat when it comes to his grip on NASCAR’s title as fans most popular driver.

In a season in which he won five races and finished fourth overall, Elliott added another victory on Thursday night.

At the season-ending awards ceremony at the Music City Center, the National Press Association declared Elliott winner of the fan-decided most popular award for a fifth consecutive year.

Elliott’s run as NASCAR’s most popular driver started in 2018, the first year of Dale Earnhardt Jr’s retirement. Earnhardt had won the most popular award every year since 2003, the season Bill Elliot, the man known as “Awesome Bill From Dawsonville” in Georgia, asked for his name to be removed from the ballot after winning 16 times.

Now his son is continuing the tradition with this latest victory, meaning either an Elliott or Earnhardt has won the Most Popular Driver award for 32 straight years.

Chase Elliott held off his three rivals for the Cup championship even if he lost on the track to eventual Cup champ Joey Logano. 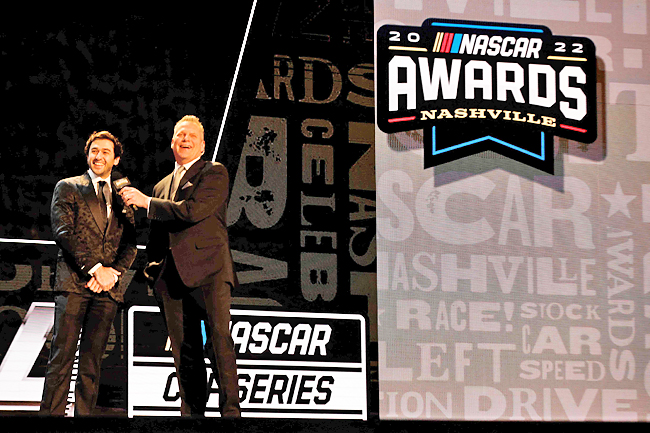