Due to changing times and technological advancement, the approach to road safety issues has transitioned from the traditional three E’s of ‘engineering, education and enforcement’ and systematic approach to the current ‘Vision Zero’, which acknowledges that deaths or serious injuries are avoidable and accepts that human errors can occur.

He also said, “Road safety efforts need to focus on changes in the system and market, and influence individual behaviours.

“Speed has been identified as the basic factor in determining the severity of a road accident. In other words, ‘speed kills’. Motorists should be encouraged to drive below the speed limit.”

Her Royal Highness Princess Hajah Masna, Ambassador-at-Large at the Ministry of Foreign Affairs, as the royal patron of MKKJR, launched the books at the event. 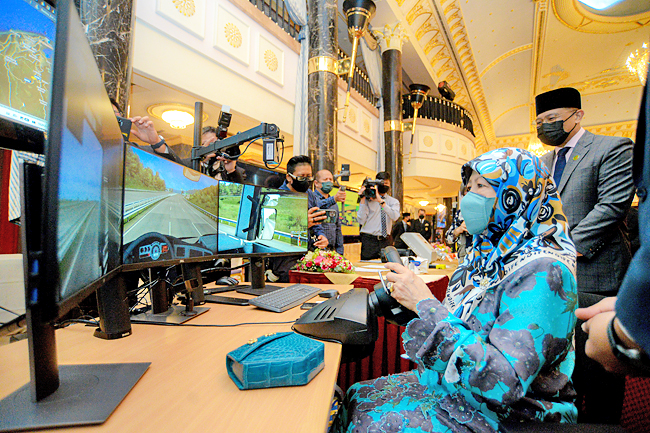 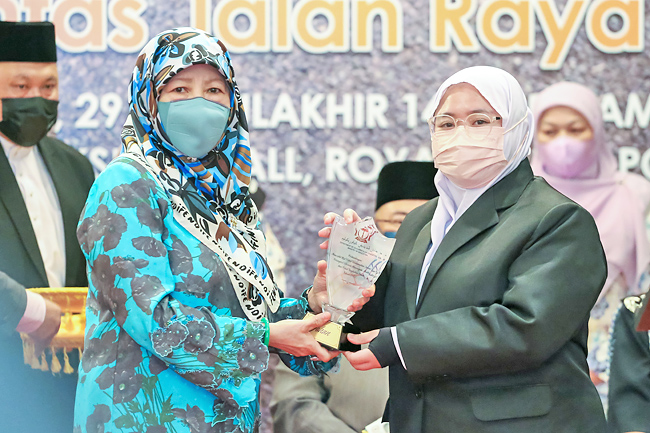 The first book was the second edition of Safe & Smart Driving in Brunei Darussalam, published by the Land Transport Department, while the second was a series of two educational books – Adab dan Keselamatan Kitani di Jalan Raya – published by Curriculum Development Department at the Ministry of Education for primary school students.

Her Royal Highness also presented prizes to students who excelled in a road safety quiz for schools and colleges, including Nur Alyaa Hafeezah binti Rizal from Mahad Islam Brunei who claimed top spot.

Her Royal Highness also signed a plaque to commemorate WDR 2022.