THE WASHINGTON POST – For a few consecutive winters when I was young, my father went to Williamstown, Massachusetts, to teach winter-study physics at Williams College, where he stayed with a family named Park. He once told me a story that held me rapt.

The Parks’ youngest child, Jessy, worked in the college mailroom and was a genius with numbers. She had every mailbox number and its corresponding student memorised, my father said.

Just as impressive, he said, was Jessy’s mother, Clara, who worked intensively with her daughter on the rudiments of everyday life. I don’t recall whether my father used the word “autistic”, but he made it clear that Jessy was different. He told the story with such reverence for Clara Park that I never forgot the name.

Imagine my surprise, nearly 50 years later, when I saw that same name as part of an intriguing book title: Intelligent Love: The Story of Clara Park, Her Autistic Daughter, and the Myth of the Refrigerator Mother.

In this beautifully wrought, meticulously researched story of one mother’s challenge to the medical establishment’s misconceptions about autistic children through much of the 20th Century, Marga Vicedo tells an intimate story wrapped inside a much larger one.

Park, a Radcliffe-educated writer, lived in Williamstown with her husband, David, a physics professor at Williams. 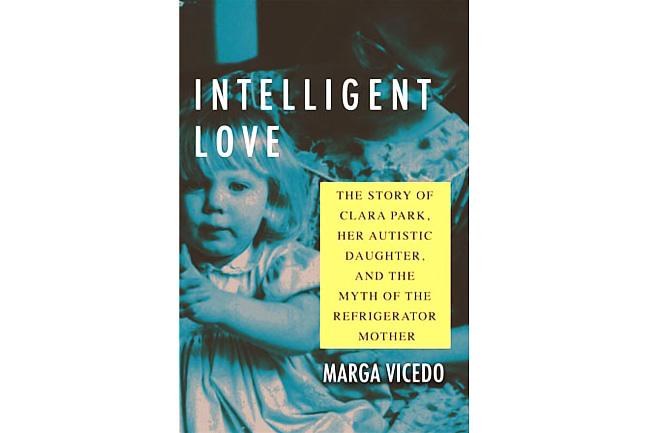 On July 20, 1958, their fourth child, Jessica Hillary Park, arrived. When Jessy was a baby, her mother noticed that she seemed happy but solitary, uninterested in her siblings and unresponsive when spoken to. Park thought she might be deaf.

Park started writing down detailed observations about Jessy, which she recorded in notebooks. When Jessy was almost three, the Parks took her to Boston for a battery of diagnostic tests, none of which showed any physical abnormalities that would explain her development.

“I think that all that can be said at present is that she has an autistic type of behaviour,” wrote a doctor to the Parks.

Vicedo, a philosopher and historian of science, presents a fascinating history of the scientific view of autism.

The word is from “autós”, Greek for “self”; the word “autism” was introduced by Swiss psychiatrist Eugen Bleuler, who also coined the word “schizophrenia”. Schizophrenics, Bleuler wrote in 1911, had a tendency to self-isolate.

Both “autism” and “autistic” were adopted to refer to an individual’s limited engagement with surroundings or other people, and the condition was seen as an early symptom of schizophrenia.

In the 1940s, psychiatrists started placing blame for what they called “infantile autism” squarely on the shoulders of mothers. “The retreat to ‘an autistic private world’ was due to maternal rejection,” Vicedo wrote.

The child psychiatrist Leo Kanner maintained that autistic children “were exposed from the beginning to parental coldness, obsessiveness, and a mechanical type of attention to material needs only”.

Still worse, in 1959, Bruno Bettelheim, a psychoanalyst and public intellectual of world renown, published an article in Scientific American about a nine-year-old boy named Joey.

Bettelheim described Joey as a “human machine” who escaped into autism because his existence “never registered with his mother”.

He followed with a book titled The Empty Fortress: Infantile Autism and the Birth of the Self, which, Vicedo told us, is remembered as the best-known exponent of mother blame in the history of autism.

This section of Intelligent Love felt like almost too much to take in. To accuse mothers of driving their children to autism seems absurd. Bettelheim even invoked his experience in Nazi concentration camps, describing the schizophrenia-like symptoms fellow prisoners developed when they felt overpowered by an extreme situation. Such a comparison is hardly apt. In lesser hands, Vicedo’s book could have grown shrill with outrage. But she keeps her tone measured, letting the facts speak for themselves.

The ‘refrigerator mother’ theory endured for years. “Entering the 1960s,” wrote Vicedo, “any mother of an autistic child would need to contend with a pretrial verdict: guilty until proven innocent”.

At the height of the mother-blame period, Clara Park set out to challenge it. Ironically, because she was an intellectual, Park was seen to fit the stereotype of a cold mother, her diligent note-taking held against her as an indication of clinical detachment.

Still, she persevered. In 1967, she published The Siege: The First Eight Years of an Autistic Child, an account of Clara and David Park’s efforts to understand Jessy’s world and to help her understand theirs. Parents welcomed the book as a balm for their wounded hearts. The Siege was translated into nine languages.

In The Siege, Park called for the scientific community to value the work and knowledge of parents of autistic children.

“Her goal was not to denigrate the knowledge of researchers and therapists, but, rather, to build partnerships,” Vicedo wrote.

Experts took note. Parents got a seat at the table. And thus did Park help turn the tide of public and professional opinion.

For years, Park continued to reply to letters from mothers of children with special needs, students, teachers, therapists, autistic people and many others. She died in 2010.

And what of Jessy? Just when I was getting grumpy, thinking Vicedo had abandoned the Jessy story, she returns to it, bringing the book full circle in most gratifying fashion.

As Park described at length in The Siege, she worked closely with Jessy throughout her childhood. She used behaviour therapy and established a reward system for Jessy’s learning.

Together, mother and daughter wrote a mutually agreed-upon weekly contract, deciding which words (saying “please”) and actions (“answering when spoken to”) would be rewarded with something (a Popsicle, for example).

What my father the houseguest must have witnessed was Park’s work at accessing Jessy’s world by luring her (“lovingly, relentlessly, and intelligently”) into ways of acting that connected Jessy with the people around her.

“Using her intelligence and her love (could those also be separated from each other?), Clara was helping Jessy to develop her own capacity for relating to others,” Vicedo wrote.

In recent years, ideas about autism have changed profoundly. Vicedo noted that autism activists have repudiated the approach Park took, along with the entire notion that autistic ways of relating need to be changed. Autism today is considered a form of neurodiversity, and many parents have come to discover that their children have their own affective needs and their own ways of relating.

Jessy is now in her 60s. She likes to be called Jessica, Vicedo told us, still works as a mail clerk at Williams College and is a successful painter. She lives in her family’s home in Williamstown and sees her siblings and their families regularly.

From early adulthood, Vicedo writes, Clara Park lamented that being a woman had kept her out of the big events of the world. She had enjoyed raising her children but lamented, too, that a mother’s work was “unrecognised in the world of Things That Count”. But, as Vicedo so poignantly puts it, Park’s life and work showed that helping an infant grow and find her place in the world belongs in the category of Things That Count, perhaps most of all.