HOLSTEBRO, DENMARK (AFP) – Reinventing himself at age 62 would never have occurred to Poul Erik Vestergaard but Denmark’s controversial cull of the country’s minks over COVID-19 fears forced him to change course.

Authorities ordered the slaughter of the Nordic country’s farmed mink population in November 2020 following the discovery of a mutated strain of the coronavirus.

After a two-year ban, Denmark will once again allow mink farming from January 2023 but for Vestergaard, his mink-raising days are over.

“The farm can be used for other things. That’s my view. It’s over now. It just has to go,” the veteran farmer told AFP at a 100hectare farm.

Most of the some 1,000 farms in the Scandinavian country, once the world’s leading exporter of mink fur, have made the same choice, leaving “ghost farms” across the plains of western Denmark, where the husbandry was focussed.

The former farmer said he isn’t bitter as he walks through the now empty buildings, facilities that must be kept intact until the state has assessed their exact value.

In 1986, he bought his father’s farm and started breeding minks with 50 females until the business prospered with the help of his son, who joined him in 2006. 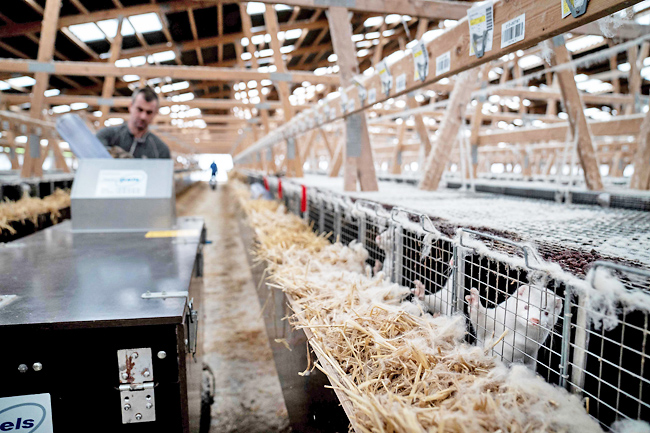 He had planned to gradually pass the torch.

That was until Denmark imposed a nationwide cull of the animals over fears of a mutated coronavirus strain that was believed to jeopardise the effectiveness of vaccines.

It later emerged that the government lacked the legal mandate to demand the cull causing a political scandal from which the country is still rearing from.

With no cases among his minks, Vestergaard was able to sell all his furs but faced with his business disappearing overnight, the Danish farmer found himself at a loss.

Martin, his son, returned to his job as an electrician.

“They had this hobby, and they were close to taking it to the next level,” the former breeder explained. “It’s going to be exciting. A new chapter,” he said.

They received grants totalling DKK1 million to convert their mink farm into a new business.

Out of 200 applicants, about 60 entrepreneurs have received similar grants under a programme set up by the local government in Jutland in western Denmark.

Others are pursuing baking, farming strawberries or setting up farms dedicated to education.

“It’s actually a very popular scheme,” said Bent Mikkelsen, who is in charge of the plan set up by the Midtjylland region.

He estimates that today all the former farmers who have not retired are working again, describing them as a very “entrepreneurial group”..

To keep up with costs with the recent spike in electricity prices, they plan to install solar panels once they receive their compensation and for the time being, a return to mink farming is out of the question.

“I don’t believe that the government is going to let it grow up again,” Martin said.

A handful of enthusiasts, however, intend to resume breeding in the country, which was a world heavyweight, along with China, in a sector reviled by animal rights activists.

“For the first one or two years, no cashflow is to be expected,” Simonsen said. “But it is a heartfelt work for them.”