PhD candidate in Islamic Civilisation and Contemporary Issues at the Sultan Omar ‘Ali Saifuddien Centre for Islamic Studies (SOASCIS) Muhammad Adil Iqbal and Associate Professor of Islamic Spirituality, Ethics and Education at SOASCIS Shaikh Abdul Mabud, recently published ‘The Challenge of the Fourth Industrial Revolution in an Islamic System of Governance’ in the Journal of Islamic Governance.

The article is a descriptive and conceptual study, serving as an academic and scholarly effort, intending to highlight and analyse issues arising from the interaction of Muslim societies and governments with emerging technological change, the Fourth Industrial Revolution (4th IR), contemporary globalisation and consequences of the COVID-19 pandemic.

Examples laid out by the authors are advancements in biotechnology, genetic engineering and technology, in which the struggle to reverse all human ailments and decelerate ageing goes on.

However, observations by various scholars, writers, and world leaders find that the globalisation of the 4th IR appears to pose many challenges, transformations and instabilities among societies and governments all over the world, particularly for the Muslim masses and the Islamic system of governance with far-reaching consequences for culture, religion and politics. 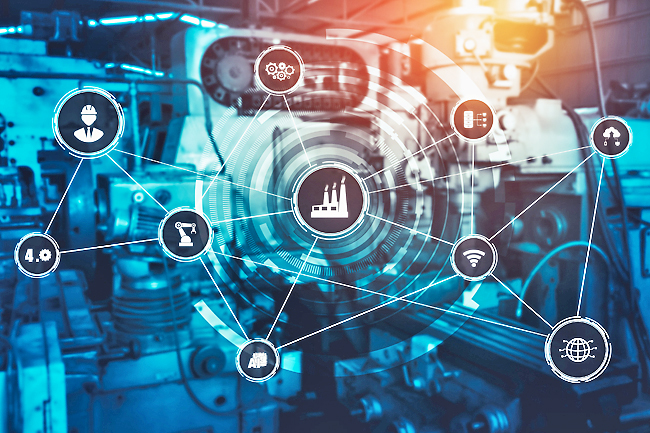 The article recognised this to represent a major problematic issue for the future of Islamic civilisation and called for well-planned preparation without compromising the basic tenets of Islam.

These technologies may increase human capabilities, achieve a revolutionary understanding of human nature, and may radically expand human cognitive abilities.

“Such technological advancements will have severed theological or religious implications,” the article said.

“There remains a need for academic and intellectual emphasis on this issue in order to enlighten Muslim masses for a better understanding of emerging technological change and the Fourth Industrial Revolution,” the authors stated, emphasising the importance of a dialogue.

The article sets to invoke for the 4th IR to preserve the faith, acquire a balance between spiritual and material aspects of human life, and rise above personal profits and gains.

A few observations are made in the article on the Muslim world embracing these technological advancements.

The authors opined that it has a massive potential to actively contribute to the 4th IR while at the same time strive for the strengthening of Islamic ideas and beliefs.

“But today, 60 per cent of global conflicts are taking place in Muslim countries as well and it remains very challenging for the Muslim countries to effectively exploit such enormous resources and benefit from the technological advancements of the 4th IR,” the article further stated.

“Industrialisation is nothing new to Islamic civilisation and it is not correct to consider it as Westernisation. However, the current political, social and economic conditions prevailing in most Muslim countries can limit the diverse benefits they are likely to derive from the 4th IR.”

Nevertheless, the authors see that the 4th IR requires a deeper analysis and intellectual comprehension by Muslim countries as a way forward.

“All these industrial revolutions, to some extent, brought with them amazing opportunities which drastically changed the lives of people with unparalleled prosperity for some and abject poverty for others. However, it also unleashed endless wars and brought about political and social divisions,” the authors observed.

The article further notes that the inherent materialistic nature of economic or technological pursuits of the 4th IR can also create severe economic and social stress for the masses affecting their religious attitudes.

To address this, the authors take discussions to cover many aspects for the Muslim world to deal with the 4th IR.

“The 4th IR may push the Islamic civilisation and Islamic system of governance on various levels, but the success of the 4th IR in Muslim countries will depend on how technological advancement interacts with religion,” the authors stressed, while stating that the 4th IR also poses various political challenges.

In conclusion, the authors encourage Muslims to revisit the Maqasid al-Shar’iah fundamentality in the roadmap to navigate towards success in the face of upcoming transformations.