Government troops were attacked by “armed elements” in the western city of Bouar, which lies around 340 kilometres from the capital Bangui, MINUSCA spokesman Abdoulaziz Fall told AFP.

UN peacekeepers who came to the aid of the government troops had themselves come under fire, he said.

The city is the base for the Leclerc camp, the army’s headquarters in the western region. The report came after French President Emmanuel Macron once again denounced attempts by armed groups “and certain political leaders” to disrupt the electoral process.

Macron’s statement, which came during talks with Touadera on Friday, specifically mentioned former president Francois Bozize, said a statement from the president’s office.

On Saturday, two French fighter jets flew over the disputed city in a show of support for the government troops on the ground, a French military contingent at the capital Bangui told AFP.

In November, six of the most powerful armed rebel groups, who between them control two-thirds of the country, announced an alliance against Touadera’s government.

They launched a series of attacks in a bid to disrupt the December 27 presidential and legislative elections.

The electoral authority has declared Touadera the winner of the presidential election.

But leading figures in the country’s opposition on Tuesday called for the results of the election to be annulled because of what they said were numerous irregularities.

The Constitutional Court has until January 19 to validate the result.

Bouar, a city of 40,000 inhabitants, is the fifth largest in the country and has a strategic position as it sits on the route leading from the capital Bangui to its western neighbour Cameroon.

The government has accused Bozize of trying to foment and advance with rebel forces on Bangui.

But the rebels has so far made little headway towards the capital, with the government troops backed by UN peacekeepers, Russian paramilitaries and Rwandan special forces, flown in under bilateral agreements. 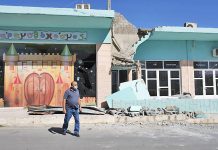 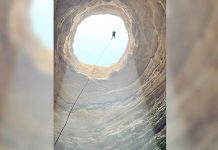