I still remember when I was a young boy, a Population and Housing Census (BPP) official would come over to my house to conduct a long interview with my father to gather information on everyone in the household.

The information would be manually input and the comprehensive picture of the population census would take years to complete. However, with the advancement of technology, the BPP has improved drastically this year.

In line with current technological advances and international best practices, JPES has introduced a new method of online census data collection better known as e-census. This signals a shift from the conventional method of paper and pen interview (PAPI) used in previous editions to computer aided web interface (CAWI).

For its implementation, the statistical agency responsible for the data dissemination has stepped up efforts in pursuing vital information accurately and efficiently. The establishment of the e-census in coordination with other parties has paved the way for modern data dissemination. 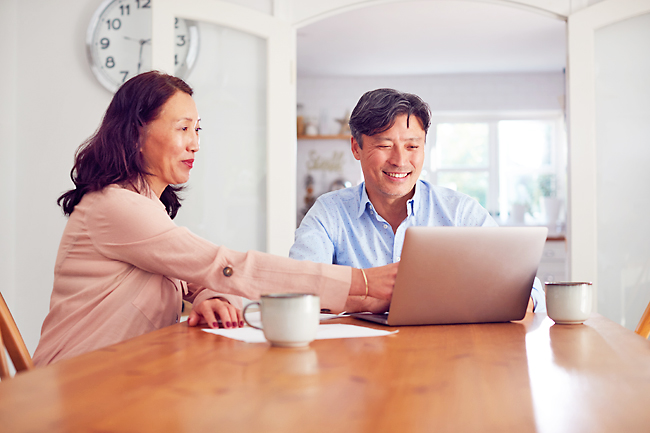 With the increasing need for a connected society, the implementation of the e-census ensures public trust and confidence in data collection and also to promote the importance of a quality statistical system.

The e-census, the second stage of the BPP2021, began on April 20 and will end on June 21. It can be accessed through the BPP2021 portal www.brucensus.gov.bn.

The public is urged to make use of the e-census virtual platform to enter their information so that they would not need to go through the next stage of face-to-face interviews from July 20 – August 2.

Through the e-census, the head or a member of the household can fill in the form on their own by visiting the census web portal anytime and anywhere during the enumeration period. Detailed information will be collected covering dates of birth, education and
employment characteristics.

Compared to previous experiences, the common issue usually faced was a household or family rarely being at home and the census officer needing to make multiple visits. The e-census intends to make the census forms easier for family members, at the convenience of their own time and location.

Other benefits of the e-census include cost reduction, data quality and consistency and timeliness as well as conserving time and resources made through mobilising census volunteers. It will provide a greater reach towards populations and communities and ensure an increased participation rate, as evident with the response seen by countries such as South Korea.

The e-census can also be recognised as the alternative method of data collection in ensuring that statistical information will be covered comprehensively and accurately as well as in a timely manner.

By going digital, the statistical team can track the response rate, including how many houses have been surveyed in a certain geographical area. This will also ease physical movement of census officers where such responsibilities will be diverted to other purposes such as monitoring the response rate electronically.

On the concerns of the leakage of personal information, the JPES vowed that security of using the e-census portal is tightened to ensure that the information is kept secret.

As the statistical agency undertakes the e-census approach, this will result in drastic improvements in terms of data dissemination whereby progress and completion rate of the census questions will be immediately indicated.

Real-time collection of data and fast delivery will assist the statistical team. Such information disseminated will provide quality statistics for research, review and analysis from various stakeholders including academics or industrial experts.

The e-census is a valuable tool that will not only expedite the data dissemination process but also have it fairly accessible to parties interested to conduct review, research and analytical purposes. Among the countries that have implemented the e-census are Singapore, Malaysia and Indonesia.

According to JPES, for households who have used e-census, they will be contacted to verify whether their information is according to the census enumeration reference period. If it is found that there are any changes or additions to the initial information provided during the second stage, they will be given access to the e-census system to make modifications.

The first section on residential characteristics include questions on the type of residence, the owner of the residence, main building materials, type of energy source, type of water supply, drinking supply facilities and waste disposal method.

For the section on housing characteristics, households will be asked questions related to occupancy status of the residence, rental of residence, monthly rent, provision of furniture, number of rooms, and type of fuel for cooking.

Respondents will also be asked questions on the equipment, utensils and transport they own, household services and Internet.