Brunei Darussalam has a renowned past of producing young talents across a wide spectrum of sports in both the national and regional arena over the years, as is evident with notable successes in major competitions.

The rise of the country’s young athletes demonstrates the combined efforts, commitment, dedication and perseverance in training while polishing their talents, guided by strong coaching management.

Their successes also show positive signs of producing a conveyor belt of young talents in succeeding the senior athletes, thus paving the way for a bright future in putting the country in the sporting map.

In recent years, the country has been pushing for a wushu star ever since the Southeast Asian (SEA) Games gold medal won by Faustina Woo Wai Sii and Lee Ying Shi in the duilian (weapons) event Myanmar.

The country found a teenage sensation in Basma Lachkar who secured the silver medal in the women’s taijiquan event in the 2017 SEA Games. 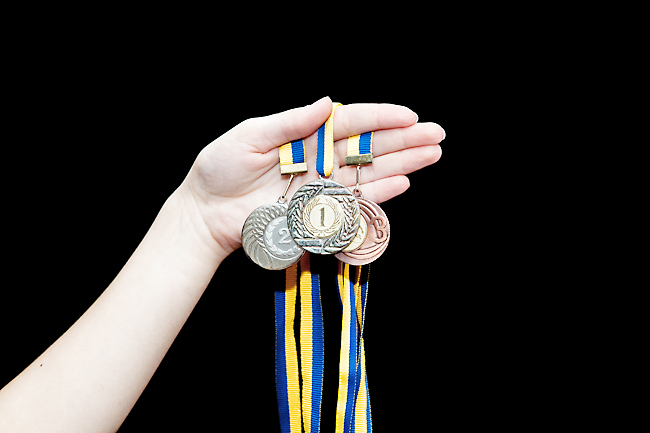 Basma, who is still in her teenage years, also added silver in the 2019 edition in Manila two years later along with Hosea Wong Zheng Yu, one of the country’s rising stars.

In pencak silat, the country welcomed a new star after Anisah Najihah binti Abdullah bagged bronze in the women’s artistic singles event at the 2019 SEA Games.

The 22-year-old’s success paved the way for a bright future in the sport and continued the tradition of producing medallists in the regional arena. She began her intensive training in August that year in preparation for the competition.

Earlier in her young career, Anisah won gold as a student-athlete at the 7th ASEAN Schools Games in 2015.

Another young athlete who rose to the occasion was teenage lawn bowls star Norafizah binti Matossen, who was part of the women’s trio team alongside Ajijah Muntol and Suhana Md Daud that won bronze in the Southeast Asian Games in Kuala Lumpur in 2017.

Norafizah also earned a podium finish in the 11th Asian Lawn Bowls and under-25 Championships hosted by Brunei Darussalam and was a member of the team that took part in the following edition in New Delhi, India.

After Wahidah’s talents gained the notice of her coach, she was encouraged to join competitions.

Her heroics at the Kuala Lumpur Convention Centre subsequently earned her a spot in the national contingent to compete in the 2018 ASEAN Games in Jakarta, Indonesia.

Meanwhile, national track athlete Maziah Mahusin made history as the first female Olympian aged just 19 when she competed in the 400m event in London 2012.

Maizurah Abdul Rahim also cemented her name in the record books as the youngest female competitor to represent the country in the Olympics at 17.

Meanwhile, the tag of youngest competitor belongs to national swimmer Anderson Lim who was 16 when he took to the pool in London.

In football, young talent Hakeme Yazid bin Said’s career soared after he was called up to play for the senior team by head coach Adrian Pennock in 2019.

Hakeme helped the ‘B’ team to the Brunei Premier League title before making the step-up to the first team which competed in the Singapore Premier League.

The then-16-year-old announced his arrival to Singapore football in style when he became the second youngest goal-scorer in the league’s history after scoring in his debut against Geylang International.