LONDON (AP) – The annual Notting Hill Carnival has returned to the streets of London for the first time since 2019, with more than one million people expected to take in the music, spectacular parades, dancing and food offerings at Europe’s largest street party on Sunday and yesterday.

The carnival, which celebrates Caribbean culture at the end of August every year, had to take place online for two years due to the coronavirus pandemic.

The carnival traces its history back to 1958, when Trinidadian human rights activist Claudia Jones began organising a gathering to unify the community after a series of racially motivated attacks on West Indians in west London’s Notting Hill neighbourhood.

The event has grown from a festival drawing several hundred people to a huge annual street party, with tens of thousands of performers in the colourful parade and more than 30 sound systems. Celebrations began on Saturday night, as more than 1,000 people gathered to watch a steel band competition in west London.

Crowds of young children blowing whistles danced down the streets with their parents on Sunday, traditionally a more family-friendly day than Monday.

Some children stood on the doorsteps of their houses waving Jamaican flags.

Pepe Francis heads the Ebony Steelband Trust, which has been performing at the carnival for decades. “Since the band has started, I’m on my fifth generation of people and there’s been a lot of changes,” he said.

“But our members look forward to carnival every year and practice takes place regularly from year to year.” “A lot of people have been waiting for it to come back,” Francis added. 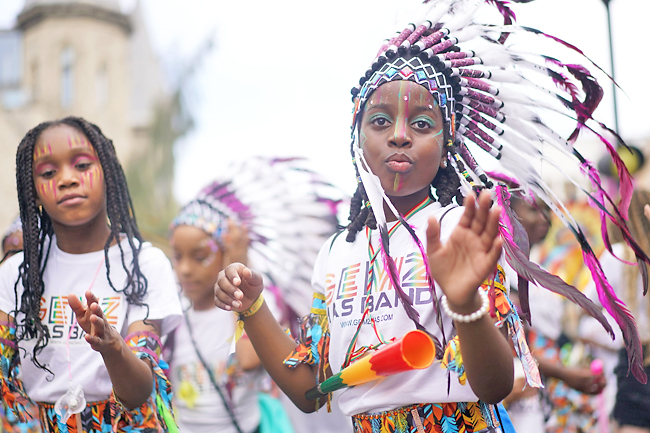 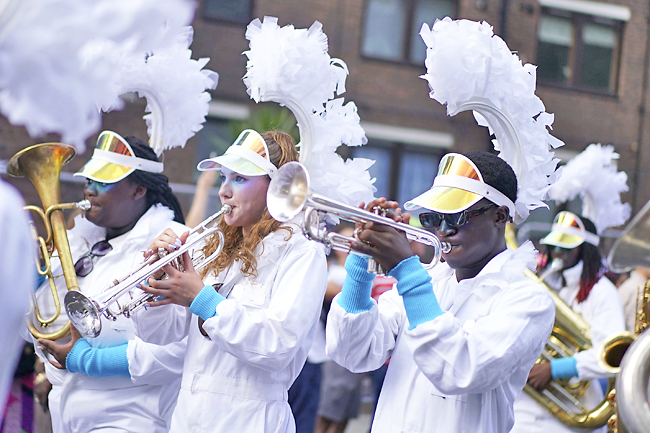