Due to the current COVID-19 pandemic, the traditional mass gathering and procession, which take place nationwide will not be held this year.

However, to glorify the religious event, the Ministry of Religious Affairs (MoRA) with cooperation from the Ministry of Education (MoE), Ministry of Culture, Youth and Sports (MCYS) with support from Radio Television Brunei (RTB), will broadcast the Maulidur Rasul celebration through RTB channels and all radio channels as well as RTBGo today at 12.30pm.

Among the programmes lined up are, the recitation of Al-Quran verses Dikir Marhaban, Selawat, poetry and religious talk.

The theme for the Maulidur Rasul celebration for 1443 Hijrah is Rasulullah Kekasih Allah, Kekasihku Dunia Akhirat. 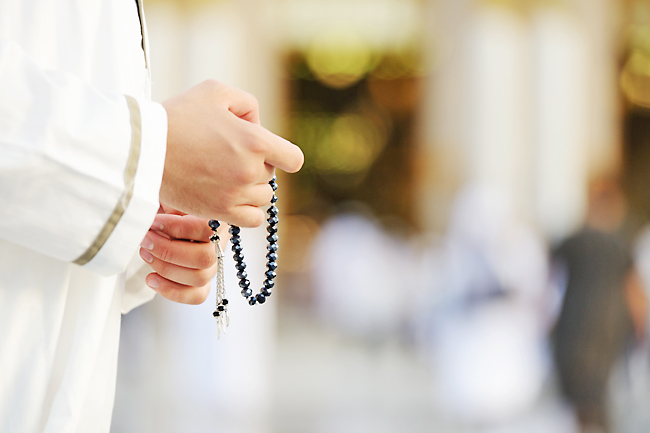 Meanwhile, prelude to the auspicious event, mosque officers have been reciting Dikir Maulud and Selawat virtually for 12 consecutive nights to commemorate Prophet Muhammad’s (pbuh) birth anniversary during a time when mosques, suraus and religious halls are temporarily closed.

The Dikir Maulud aims at gaining rewards and assistance for those who praise Prophet Muhammad (pbuh) through Selawat as well as to gain blessings and repentance among Muslims in remembering the sacrifices made by the Prophet (pbuh) in spreading the teachings of Islam.

During pre-COVID-19 time, thousands of Muslims joined in a mass gathering and procession around the capital to mark the occasion.

Such a nationwide rally would strengthen unity and commitment of Muslims in carrying out religious obligations and following closely the Islamic teachings by taking lessons from Prophet Muhammad (pbuh) and followers in uplifting the status of Islam as a religion blessed by Allah the Almighty.

Virtues and character of Prophet Muhammad (pbuh) serve as a great example to mankind.

The position and rank of the Prophet (pbuh) is high and special in the eye of Allah the Almighty.

In fact, the Prophet doubled his effort despite having already been guaranteed a place in heaven.

Prophet Muhammad (pbuh) also called on the people to believe in Allah the Almighty despite receiving allegations, threats and criticisms.

The Prophet was once offered wealth, power, and prestige among others to abandon his propagation and betray the trust of Allah the Almighty.

However, the Prophet remained patient, firm and unmoved by the pressure or offer.

The Prophet was a brave and courageous man and at the same time loving, gentle and forgiving.

The Prophet (pbuh) is the pre-eminent exemplar to be followed by the Ummah.

Prophet Muhammad (pbuh) is the best example to follow for those who are forever seeking blessings from Allah the Almighty in life and in the thereafter.