The winners of various competitions under the Brunei-Malay Literature and Cultural Arts Festival were feted at a closing ceremony on Saturday.

The festival, organised by the Language and Literature Bureau (DBP), held a number of contests to dignify and empower the Malay language at all ages in national communities, said DBP Head of Research, Documentation and Recognition Hajah Haireni binti Haji Awang Damit, the event chairperson.

“By underlining various literary and cultural activities, there is a positive impact in popularising the use of the Malay language.

“This also supports the Malay language as a driver for the development of the nation’s civilisation,” she said.

The band Senja won BND500 as first runner up while Seri Mengerna won BND400 as second runner up. 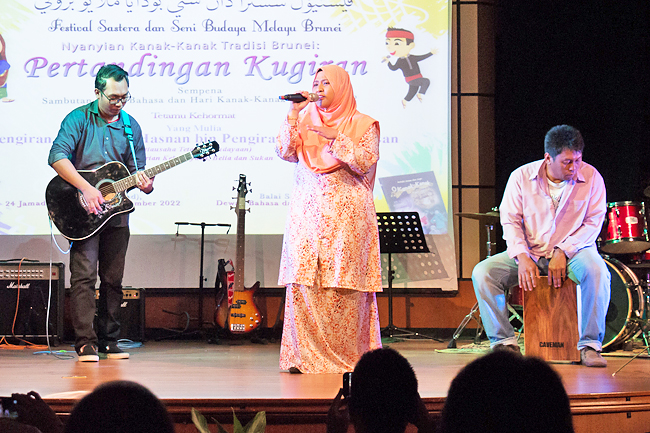 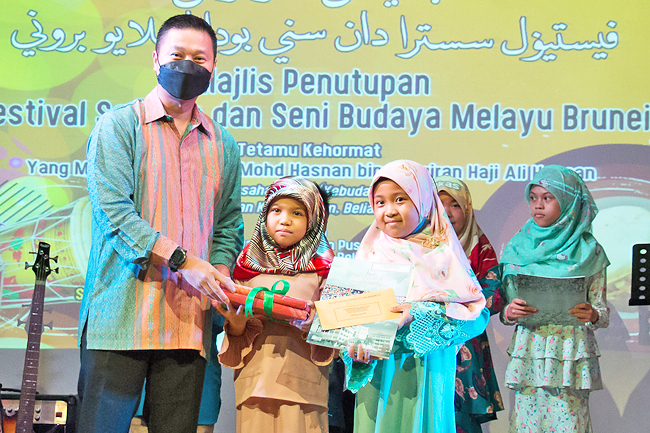 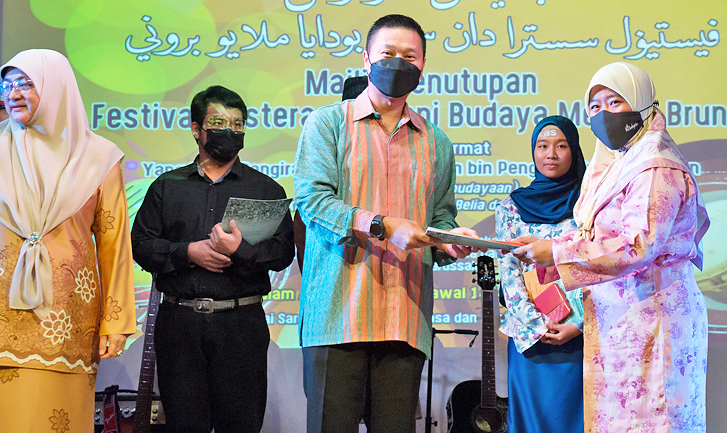 For the children’s group poem recitation contest, in the lower primary division, the first place prize went to the group Qurratu A’yun who received BND200, second place prize of BND150 went to Halwatuzzahra while third place of BND100 went to Rithdan.