Graduating from your studies is a major milestone no matter the level of education, as the hard work and determination are needed to complete assignments fuelled by continuous support and passion to succeed.

For Nur Athirah Ayub, contributing to green technology was that drive for her to complete her Master’s of Science in Material Science programme at Universiti Brunei Darussalam (UBD).

“We can actually convert it into useful products, such as methane, which can be used for fuel and methanol for petrochemical products,” explained Nur Athirah.

The inspiration came to her during the final year project in a similar area. With strong support from her family, husband and colleagues, Nur Athirah completed her master’s. She also credited her supervisors for their encouraging words. 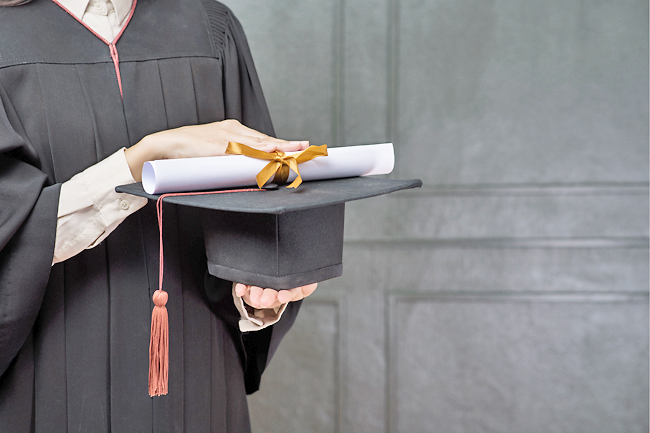 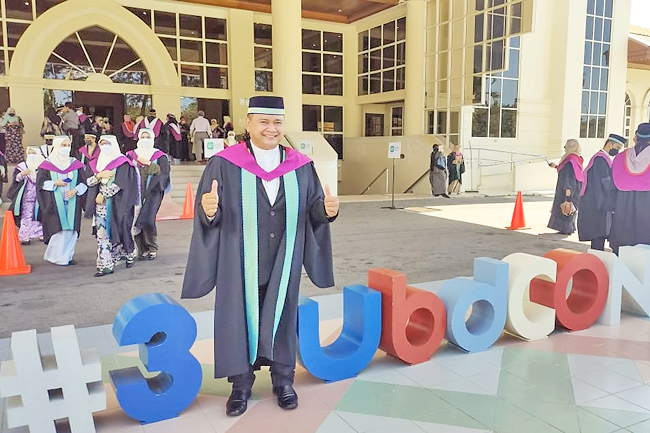 “I had plans to switch to PhD, but there was a bit of a mix-up. My supervisors then recommended that I completed my master’s, which I managed to do in less than two years. I’m currently pursuing my PhD,” said Nur Athirah.

“It felt like there wasn’t enough time to finish what we needed to do for the day,” said Farah Farhanah.

However, she was thankful for the support of her family and friends, as well as the lecturers and staff at UBD who helped her complete her master’s.

She added that her lecturers and supervisors had also helped her a lot by guiding her through her studies.

“I couldn’t have asked for a better group of people to have as coursemates,” she said. “I’m graduating with a Master’s in Counselling, so Insya Allah, I’m hoping to find a job in the field, or related to it.”

Sheikh Mohamed Izzat believes that every student has their own set of challenges, and for himself, his visual impairment was a physical challenge for him, especially during the first year of the programme as his condition made it difficult for him to find his way around the campus.

“After a while, I managed to memorise the place,” said Shiekh Mohamed Izzat, adding that he also faced academic challenges as his course was research-based.

Sheikh Mohamed Izzat felt gratitude towards UBD for providing facilities for him, as it aided him in overcoming challenges, especially with accommodating lecturers who helped him to cope.

Another graduate, Major (Rtd) Sopian bin Haji Mohammad Yassin, who completed his Master’s of Government, told the Bulletin that this is his second master’s degree, with the first in business administration.

His interest in taking the course came from wanting to learn more about the application of Islamic governance in the workplace.

As other graduates would have agreed, time was the toughest challenge during the programme with juggling work, research, assignments and family.

“The Centre for Life-Long Learning provides mature students and working professionals with the opportunity to broaden their knowledge, share their personal experiences and expertise at the workplace with fellow colleagues,” said Major (Rtd) Sopian, adding that the thirst for knowledge is never-ending as thoughts and brilliant ideas are documented.

Major (Rtd) Sopian believes one is never too late or you’re never too old to study, as he is proof by receiving his second master’s at the age of 49.

“Everyone comes from a different background. Sharing it in a formal setting is always a fruitful experience. Go for it and follow your dreams.”

He added, “I paid for both my master’s degrees and the benefit to my career has been immense. So it’s now or never!”