Some of the biggest and most innovative games of the past year were in the spotlight during the 21st annual Game Developers Choice Awards held virtually on July 21.

The Game Developers Choice Awards are described as the premier accolades for peer recognition in the digital games industry. Each year, the awards recognise and celebrate creativity, artistry and technological genius of the finest developers and games created in the last year.

This year’s ceremony took place as part of the 2021 Game Developers Conference.

The grandest prize of the ceremony is the Game of the Year Award, which recognises the choice of game developers for the overall best game release.

Developer Supergiant Games’ roguelike action dungeon crawler Hades emerged as the biggest winner of the event as it garnered a total of three awards, including Game of the Year as well as the awards for Best Audio and Best Design.

Supergiant Games’ Studio Director Amir Rao expressed his thanks upon winning Game of the Year, saying, “In 2012, we were really lucky to earn Best Debut with our first game Bastion at the Game Developers Choice Awards, and all of us who worked on that game are still working here together today on all our projects and I don’t think we ever thought we’d be back here again, much less in the company of last year’s most beloved video games.

“On behalf of our team and the vital and new voices we’ve added who helped make Hades what it was, we are just really grateful that people liked Hades so much. It was a privilege to work on it and to make it at all. We want to thank our audience for all our previous games who encouraged us and also to the fans of Hades in our early access who gave us feedback that was really critical to helping finish Hades out.

“Thank you to our partners and the platforms who helped Hades find an audience and to our families who love and support us. It feels really good to make them proud with a huge honour like this one,” he added.

Also a big winner was Sucker Punch Productions, which won two awards – Best Visual Art and the Audience Award – for its open world action-adventure game Ghost of Tsushima, a PlayStation title that follows the fictional story of one of the last samurai on Tsushima Island during the first Mongol invasion of Japan in the 1270s.

The award for Best Debut was presented to indie developer Kinetic Games’ title Phasmophobia, a horror game where players enter dangerous haunted locations to gather evidence of the paranormal.

Mobile gaming was also in the spotlight, with the award for Best Mobile Game going to Genshin Impact, a free-to-play open world action role-playing game by miHoYo, which sees players embark on an epic fantasy adventure.

The Innovation Award, which “recognises the single game that demonstrates true innovation, advances the state of the art, and pushes the boundaries of games as an expressive medium”, was presented to Media Molecule for their game creation system Dreams.

As described by the developer, “Dreams is a space where you go to play and experience the dreams of Media Molecule and our community. It’s also a space in which to create your own dreams, whether they’re games, art, films, music or anything in-between and beyond.”

The award for Best Technology went to Asobo Studio for Microsoft Flight Simulator, the latest edition of the flight simulation franchise, while the award for Best VR/AR (augmented reality/virtual reality) Game went to Half-Life: Alyx by Valve, a VR return to the highly regarded Half-Life series.

In addition to the best games of the last year, the Game Developer Choice Awards also honour dedicated individuals who have helped further the art, science and craft of video games with special awards.

This year’s event featured the presentation of two special awards, one of which was the Pioneer Award, an accolade that recognises breakthrough tech and game design milestones. This year’s recipient of the award was Tom Fulp, the creator of Newgrounds. In a press statement, it was shared, “The advent of Newgrounds brought about an explosion of creations and gave a platform for independent developers’ Flash games.”

According to the statement, the award recognises Laralyn McWilliams’ video game career, in which she has led the design for award-winning adventure, social, strategy, simulation, platform, brawler, FPS and massively multiplayer online games. 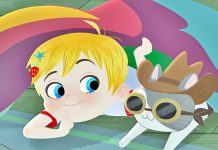 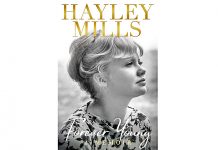 The journey so far 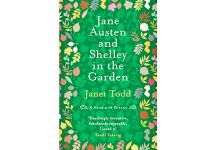