Several cats were rescued from a house and a convenience shop, gutted by a huge blaze in Kampong Madang yesterday.

According to the Fire and Rescue Department, 18 firefighters from the Lambak Kanan Fire Station led by station officer Yahya bin Haji Md Jali responded after receiving a call at 12.11pm. They were also supported by personnel from the Berakas Fire Station, Women’s Operation Unit and the Beribi Fire Station.

Firefighters combatted the blaze with five water hoses, a reel hose and water relay from a fire engine and a fire hydrant.

The cause of the fire is under investigation. Commanding Officer of Operation ‘C’ Branch SSFR Pengiran Azizul Rahman bin Pengiran Haji Yusop oversaw the operation.

The FRD urged home owners to equip all households with a fire extinguisher and fire blanket.

Electrical items must be switched off when not in use while leaving cooking unattended should be avoided. Open all windows and doors for ventilation during a gas leakage.

The public is also urged to avail the services of an accredited company to install electrical wirings at home and avoid overloading. 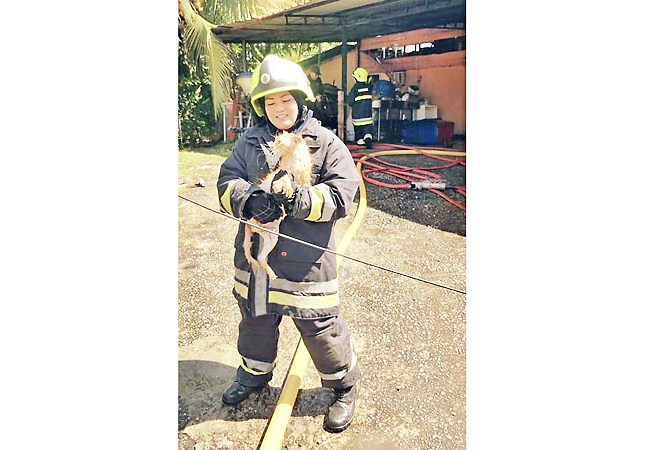