ANN/THE STAR – A relatively unpopular sweetened and preserved fruit snack – canned yellow peach – is flying off the shelves across China as people prepare for a possible resurgence of COVID-19 amid the nationwide easing of pandemic restrictions.

Over the past few days there has been an on-and-offline buying spree of the sweet, fruity snack in the belief that its high-sugar, vitamin C-loaded content – combined with the fact that it can be stored safely for lengthy periods – make it a line of defence against the virus.

Such has been the extent of the spree, some online sales platforms have reported running out of stock.

The dash for canned yellow peach has prompted producers to issue a reminder to customers, that the product is not a medicine, the China News Service reported.

The fruit snack consists of sliced yellow peach flesh and sugar water contained in a tin. 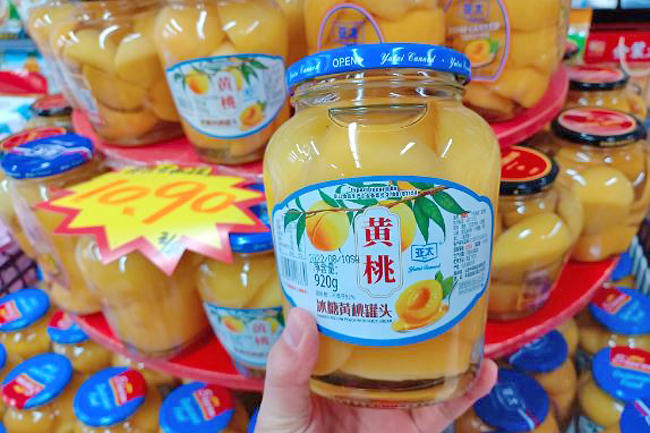 It can normally be stored for up to two years, and for the past three to four decades has been popular in the freezing cold region of northeastern China where fruit struggles to grow.

Like other canned fruits, it is usually fed to people who have a cold or the flu as a regimen nutrition to aid recovery.

However, the peach version has been dubbed “king of canned fruits” because the Mandarin pronunciation of peach, tao, sounds like the word for “escape”, leading to the notion that eating peaches will help you “escape” illness.

“When I was a little child and got sick, my family would give me some canned yellow peaches to eat. It was cold and sweet. After eating it, I felt much more comfortable,” a woman, surnamed Qiu, who lives in northeastern Liaoning province, was quoted as saying.