CNA – Packets of candy suspected to contain cannabis were among the drugs seized during a two-week islandwide operation that ended in Singapore on Friday.

Cannabis plants were also seized, along with about 38 grammes (g) of heroin, 52g of Ice, 254g of cannabis, 180g of cannabis products, 7g of new psychoactive substances (NPS), 4g of ecstasy tablets, five LSD (lysergic acid diethylamide) stamps and a bottle of liquid suspected to contain GHB (gamma-hydroxybutyrate). The drugs have a street value of about SGD19,000, said CNB.

Raids were conducted in areas such as Buangkok, Bukit Batok and Clementi.

In one of the cases on October 15, ICA officers at the Parcel Post Section detected five packets of candy suspected to contain cannabis. 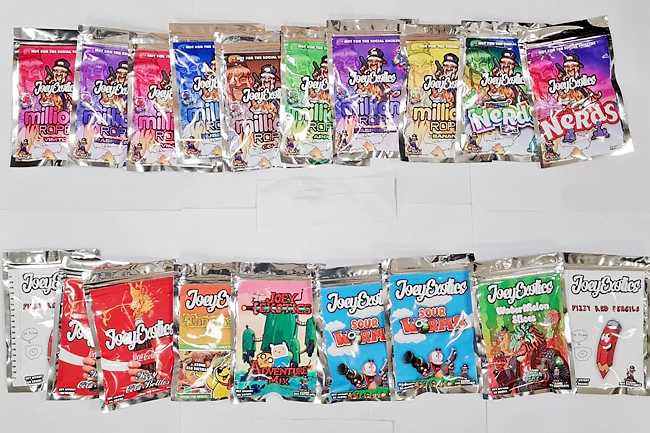