Yes, said professor at St Louis University neuroscientist Tony W Buchanan. In 2010, he measured the response of people who were simply observing stress in others. Buchanan found that the observers’ cortisol levels spiked via a phenomenon known as stress contagion – the spread of stress from person to person like a virus.

Now, more researchers are investigating whether this contagiousness is something seen across the animal kingdom.

Scientists hope to learn whether stress could pass through channels completely distinct from squawks, squeaks and raised hackles. What they learn could inform animal treatment and shed light on the nature of stress in humans.

Researchers are “trying to understand how these processes can happen simultaneously across different taxa in birds, in humans, in fish, in mice, so that you have the same phenomenon occurring in very different species that have evolved to a very different level”, said psychology professor at McGill University in Montreal Jens Pruessner.

You probably have experienced stress contagion. A friend drops by and spends a few minutes complaining about their work or their partner. Suddenly, even though these aren’t your problems, you’re breathing faster and feeling a little on edge. 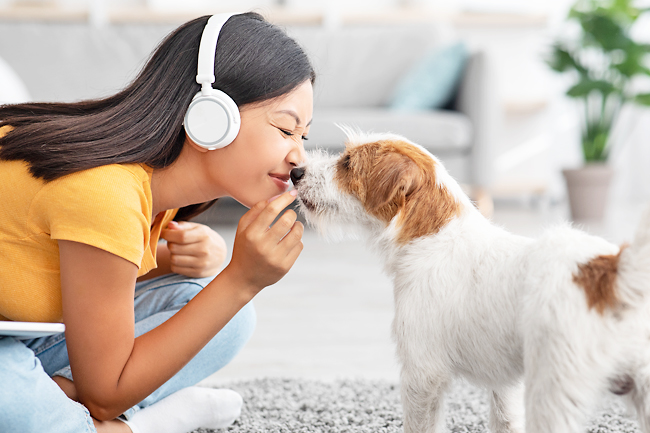 That’s because, as you’ve listened, your body has given you a quick jab of adrenaline and cortisol – hormones that mobilise energy stores for running, fighting and finishing projects on deadline. Stacks of research show that over time, frequent jolts of stress are corrosive to the body and reproduction.

Neuroscientist Jaideep Bains studies how stress imprints on the brain.

“It kind of makes sense, right?” Bains said. “If you think of what a mouse would do – it might be out in the field and get chased by a predator, and it comes back to the nest.

“A vocal signal would probably attract attention, but a silent chemical signal, which is only detected by those who are very close to you, would be a great way to inform others that there’s a danger,” Bains added.

Bains found that neuronal connections in a mouse that smells stress pheromones will change to become identical to the mouse that first experienced the stressor. So the brain of a mouse that smelled a stressed mouse looks as though it felt a stressor, too.

Next, “we… asked whether a stressed mouse could transmit the information to a second mouse, and whether that mouse could then take it to another mouse”, Bains said. “And it works beautifully. The third mouse shows the same changes in its brain.”

This has implications for humans, too. Like mice, we feel others’ anxiety.

“We think of ourselves really as individuals who have our own experiences,” Bains said.

“And we don’t think very much about how the experiences of others and what they’re going through might also shape us.”

Measuring stress in wild animals is difficult outside a neuroscience lab. Scientists are seen as predators by most species and trigger a stress response just by their presence. Animals leave traces of stress hormones in their faeces and feathers, but those aren’t real-time samples. And capturing animals to test their blood hormones is itself a stressful process for animals. New technology, however, is making the work easier.

Hanja Brandl at the University of Konstanz in Germany is studying guinea fowl in Kenya using small implanted heart-rate loggers combined with solar GPS trackers to observe how stress moves from bird to bird. Results from similar studies suggest stressed birds have higher heart rates and, among other behaviours, tend to stick closer to their flocks.

Brandl and her colleagues are also using video camera traps – cameras triggered by animal movements – and machine learning in other studies.

“Knowing who goes where and how often they feed can give evidence of stress,” Brandl said.

Machine learning also gives scientists better data from hours of video. Before deep-learning algorithms, Brandl would have to stare at videos for long periods, tallying sometimes ambiguous behaviour. Now, the algorithms pick up on tiny nuances.

“By giving the computer thousands and sometimes millions of data points, I basically let the computer decide,” she said.

Scientists have also observed that groups work together to relieve stress in anxious individual members. For example, vampire bats soothe members of their social network by sharing food.

Research is already affecting animal husbandry. Studies have shown that calves recover faster after dehorning when allowed to return to their social group, and chicks benefit from being near their mother hen after experiencing a mild stressor.

“It’s very relatable… It’s like a kid having a little accident at the playground. And with mother there, you’re probably going to be fine,” Brandl said.

Brandl wrote a review article in the Proceedings of the Royal Society B this year calling for more study of animal stress transmission.

“More insights from research of animal social systems are needed to unravel the mechanisms and the consequences of stress transmission,” she wrote. “Identifying the extent to which stress transmission modulates animal collectives represents an important research avenue.”

“Right now, we are just making first steps, trying to understand how important stress transmission really is,” Brandl said. But with more study and more discovery, “we can really fine tune any actions that improve animal well-being in captivity and in the wild”.