Can Malaysia stem the brain drain?

CNA – After graduating from a university in the United Kingdom in 2020, Abigail Heng initially planned to return to Malaysia to work.

The economics graduate saw herself working for a local bank in Kuala Lumpur, where she grew up.

However, after further consideration, she came to the conclusion that pursuing her career in Malaysia was “never a realistic option”.

“I considered applying to some financial banks and companies in KL but the salaries offered were really low,” recounted the 26-year-old.

Eventually, she joined a finance company based in London.

Heng is among thousands of Malaysians with tertiary qualifications who have decided to pursue their careers overseas.

According to a report by Kuala Lumpur-based independent think tank EMIR Research, around two million Malaysians are residing overseas. Out of this, around half a million are people above 25, who are more likely to be employed.

The report, released in June and cited by various Malaysian media outlets, sparked a debate about Malaysia’s brain drain situation.

Brain drain refers to an exodus of skilled and talented workforce from the country.

“From the data points we had… we extrapolated that between 1980 and 2022, the brain drain in Malaysia has been increasing in exponential fashion,” said co-author of the report Dr Margarita Peredaryenko. 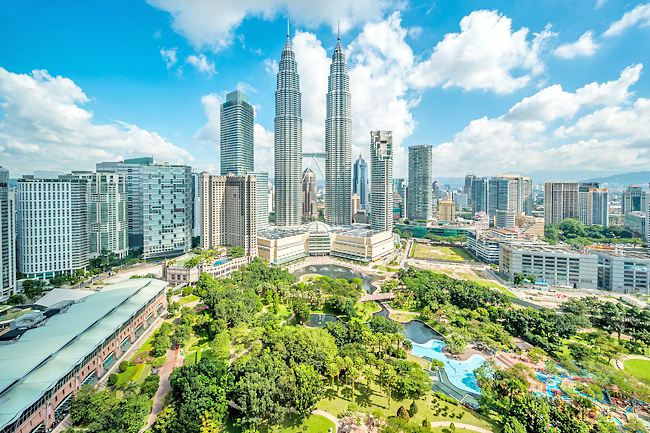 She posited that losing this large amount of talent in the workforce over the last four decades has impacted Malaysia, including when it comes to the economy and foreign direct investments.

“Conversely, youth unemployment is on the rise, so you can see how the profound impact of the brain drain on Malaysia rages on,” she added.

In the course of public discussions over Malaysia’s brain drain problem, the case of Sam Lim, who was recently elected into the Australian Parliament, is an example.

Lim grew up in Johor. He worked as a dolphin trainer and police officer before emigrating to Australia in 2002. He later joined the Western Australia police force.

The brain drain problem is not a new phenomenon in Malaysia.

In 2010, Malaysia’s National Economic Advisory Council warned the government that the phenomenon was reaching a “dangerous stage” with a large number of talented people leaving the country.

To overcome this, Malaysia’s Ministry of Human Resources set up an agency – Talent Corporation Malaysia (TalentCorp) in the same year. The agency’s aim is to attract and retain the right talent as well as expertise to boost Malaysia’s economy.

The agency’s group chief executive Thomas Mathew told CNA that indeed there is a large network of high-skilled Malaysians around the world, with high concentrations in five countries – Australia, Canada, the United Kingdom, Singapore and the United States.

He noted that the key reasons for skilled Malaysians hesitating to return home were the big gap in remuneration and benefits, unsuitable job conditions as well as difficulties for foreign spouses and children to adapt to the country.

MAJOR DESTINATION FOR PROFESSIONALS NEXT DOOR
The prospect of working in more developed economies like neighbouring Singapore has proven to be difficult to turn down.

Mathew noted that Singapore hosts the largest share of the Malaysian diaspora, with more than half of the workers based there classified as professionals and 80 per cent being employed in the services sector.

Among these workers is Dr Khoo Yong Khean, a scientific officer at the DUKE-NUS medical school. In 2017, he left the Malaysian public service to work in Singapore.

Dr Khoo told CNA that what persuaded him to cross the Causeway was to expand his horizons and move away from what he called the “rigid path” of advancement in Malaysia’s healthcare industry.

He explained that the career pathway for a doctor in Malaysia is more structured as compared to Singapore. In Malaysia, there is less room to specialise in research, which he is keen to explore.

“I wanted to learn and explore things about healthcare. Singapore is a major healthcare hub in the region. It’s well-connected, easy to adapt in terms of culture… It’s also close to home,” added the 39-year-old.

He said that remuneration offered in Singapore was a pull factor which influenced his decision, especially given the strength of the Singapore dollar versus the Malaysian ringgit.

These sentiments were echoed by nurse Jamunah Arumugham, who was trained in Melaka and moved to Singapore in 2011.

She initially crossed the border to gain work experience but the boost in remuneration she received also allowed her to settle her study loans and ease the financial burden.

She told CNA that when she joined Singapore’s National University Hospital, she was earning around SGD2,500 (MYR7,927) a month, more than five times the MYR1,500 she pocketed as a junior nurse in Melaka.

Human resources expert Koay Gim Soon told CNA that compensation continues to be the most important driver when it comes to talent attraction in Malaysia.

“The saying ‘Cash is King’ still applies to the Malaysian market. When presented with the same or similar work opportunities, candidates typically consider compensation first before looking at other factors such as benefits, career progression as well as the company’s branding and culture,” added Koay, who is with asset management company Mercer.

In an interview with The Edge Markets earlier this year, Deputy National Unity Minister Wah Ahmad Fayhsal Wan Ahmad Kamal was asked for his views on brain drain and the emigration of Malaysians who are disgruntled with the way the country is run.

“I can be sympathetic towards that, especially the non-bumis, as they feel oppressed or (treated in an) unjust (manner), because they are not given proper chances to thrive,” he said.

Malaysia’s Constitution safeguards the special position of Malays in the country, the ethnic group which constitutes a majority of the population. There are various benefits for Malays and bumiputeras, such as reserved admission places in local universities, bank loans and overseas scholarships.

Back in 2013, then deputy president of the Malaysian Chinese Association (MCA) Liow Tiong Lai was quoted by Malay Mail as saying that race-based policies has been a factor in some people leaving the country.

In 2016, then home affairs minister Ahmad Zahid Hamidi said in Parliament that of the 56,576 Malaysians who renounced their citizenship over the past decade, more than 90 per cent, or 49,864 people, were ethnic Chinese.

Meanwhile the rest comprised 1,833 Indians, 834 Malays and 4,044 who were classified under the “others” category. “Those who gave up their citizenship did so after obtaining citizenship from other countries,” he reportedly said.

Some who were interviewed by CNA claimed that within certain industries, career progression tended to favour ethnic Malays.

Heng, the economist based in the UK, told CNA that she felt like a “second class citizen” living and growing up in Malaysia. She added that these affirmative action policies have dissuaded her from coming back to work in Malaysia.

EMIR Research’s Dr Peredaryenko noted that based on the think tank’s research, the relationship between brain drain and race-based policies is not a new one.

“This is not a new issue, this has been there for decades – ethnic polarisation, segregation and tension at every level in society, institutions and family units,” she said.

However, not all Malaysians feel that race is a factor when it comes to deciding where to work.

Kiranjeet Singh Purba, who returned to Malaysia to join a food delivery platform as a senior director, told CNA that as a destination to pursue his career, Malaysia was on par with other countries.

He said racial diversity is a big part of the industry and his firm, where he feels that employees are judged based on merit rather than ethnicity.

Since 2016, Singh has worked in Singapore, Melbourne and Jakarta in the consumer technology industry. He moved back to Malaysia during the prolonged border closures enforced by the COVID-19 pandemic.

“In my case, I was fortunate enough to receive an amazing opportunity with Foodpanda to work on a brand new, very interesting project from the ground up,” said Kiranjeet.

FROM BRAIN DRAIN TO BRAIN GAIN?
In spite of the factors that are prompting Malaysians to seek greener pastures overseas, TalentCorp’s Mathew maintains that the agency strives to limit the extent of the brain drain.

Among the measures include rolling out the Returning Expert Programme (REP).

The programme includes the Malaysia@Heart initiative, which offers incentives for skilled Malaysians who wish to return from abroad.

These incentives include an optimal 15 per cent flat tax rate on chargeable employment income for five consecutive years as well as granting PR status to foreign spouses and children who are eligible, subject to the approval and discretion of the Malaysia Immigration Department.

Kiranjeet, the senior director, is an example of a Malaysian working abroad who was incentivised by TalentCorp’s REP initiative.

A major pull factor was being able to raise his children in Malaysia surrounded by family. He said that TalentCorp’s efforts to facilitate the move were “critical” in his journey back home.

For many others, they are not ruling out the option of returning home to be near their families and contributing to the country’s development in the future.

Arumugham, the nurse, said: “Perhaps in three to four years, I might go back to Johor Bahru and work as an instructor nurse to train those new to the profession. I will also get to be near my son and enjoy more family time.

“I’ll always love my country and if one day there is a shortage of nurses or a suitable job opportunity for me there, I will come back and serve Malaysia.”