CNA – How many times have you found yourself wandering into a cafe, lured in by the lovely aroma of freshly ground coffee beans? Or it might hit you that you need pizza after passing a pizzeria.

There might also be a modicum of truth when you hear friends lament, “I just inhaled the smell of Korean fried chicken and I’ve gained 2kg!”

And yes, it’s likely the reason why “inhaling” calories is to blame for the extra weight.

There are two ways the smell of, say, freshly-fried pisang goreng, affects you, said Dr Lim.

First, the cephalic phase, where the very sight of those golden banana fritters already gets your saliva flowing and causes your stomach to start secreting digestive juices. And that’s before you even take a bite.

Second, while eating the pisang goreng, its delicious aroma stimulates both smell and taste. In fact, the sense of smell “contributes 40 per cent to 80 per cent to our sense of taste”, said Dr Lim. Smell receptors at the roof of the nose let you pick up odours both from the back of the throat to the nose (retronasally) as well as through the nostrils (orthonasally), he said. 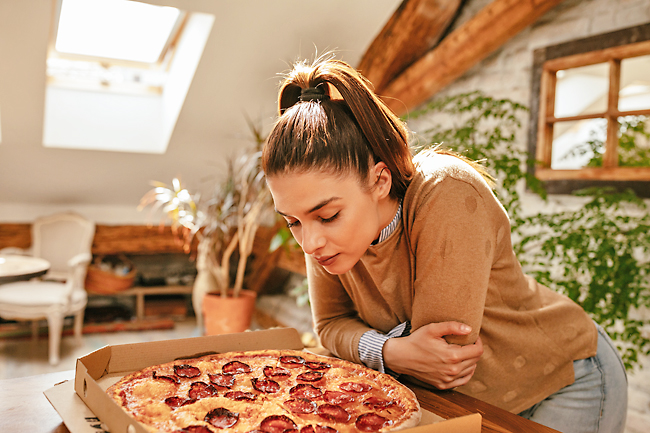 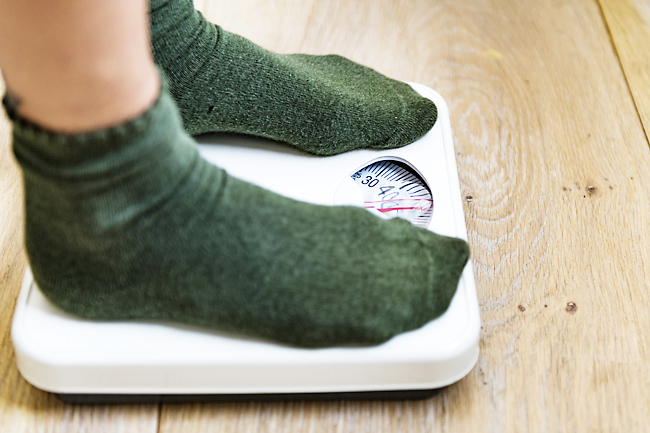 This also explains why individuals with a decreased sense of smell (when you have a cold or for some COVID-19 patients, for instance) often “report a decrease in flavour perception, together with decreases of appetite and weight”, said Dr Lim.

Your brain, of course, is involved in processing these cues as well, said Assistant Professor Asim Shabbir, the director of National University Hospital’s Centre for Obesity Management and Surgery. These food signals travel to the olfactory processing centres in the brain, he explained. One such area of the brain is the hypothalamus. What happens here is that the smell signals activate the olfactory-processing neurons and stimulate those that control appetite, putting you in the mood to eat the food you’re smelling.

“Conversely, after a meal, satiety is driven by feedback from the gastro-intestinal system,” said Assistant Professor Shabbir.

Going by that idea, would it help to avoid smelling food odours to curb your appetite?

That is certainly the premise for some purported weight-loss devices, for example, nasal tubes that you insert into your nostrils and wear for the day to divert food smells from your nose.

But, said Assistant Professor Shabbir, “currently, there are no commercially approved interventions for human use”.

In addition, there isn’t a straight answer whether food smells work as an effective form of appetite control. “Our dining experience is the result of many senses coming together,” he said.

And while smell affects your appetite, the latter is also determined by the food’s texture, temperature, taste and visual cues. “These factors in different combinations induce hunger and satiety. Thus, appetite in humans is controlled by successive but also overlapping sensory, cognitive, hormonal and metabolic signals that influence eating.”

Furthermore, altering your sense of smell may just backfire on you. “There is a chance that if you numb someone’s sense of smell, they could end up eating more because they are trying hard to taste the food,” warned Jaclyn Reutens, a dietitian and the founder of Aptima Nutrition and Sports Consultants.

Besides, you don’t have to sniff odours to make you put down your spoon. To some extent, your body already has a built-in function to cease eating known as satiation – but only if you’re eating the same food.

In a study by the University of Leeds in the United Kingdom (UK), researchers noted that “as a food is eaten, the pleasantness and desire to eat that food decline relative to other foods that are not eaten”. The experts rationalise it as evolution’s way of ensuring you eat a variety of food.

‘SMELL’ TO A THINNER YOU?

If certain smells may make you crave certain foods, can other smells have the opposite effect then?

“Researchers found that smelling dark chocolate led to a decrease in appetite and reduced cravings among young women,” said Assistant Professor Shabbir. The effect correlates with changes in a satiety-inducing hormone called ghrelin.

Conversely, exposure to odours such as vanilla has been found to boost appetite, he added. “Scents that may carry a sweet or savoury odour may stimulate appetite.”

Besides, the sensitivity to odour varies from person to person, said Assistant Professor Shabbir. You’ll also have to consider your bite size and eating speed as they affect the extent of food aroma being released into the nose while chewing. Generally, the higher the smell stimulation, the sooner the feeling of satiation and “ultimately, contribute to a decrease in food intake”, he noted.

Reutens said that she has not used odours to help her clients rein in their appetites “because weight control should be about having a healthier relationship with food”. It should be about the ability to make informed choices every time you eat, and not “be reliant on external stimuli or drugs”.

“I would say that this may be good in the short term,” she opined on this method of appetite control. “Some individuals need a novelty way to kickstart their weight loss journey.” She added, “But ultimately, the individual has to understand that permanent weight loss is not about the avoidance of foods but a better understanding of the nutritional value of food, and the ideal portions to be consumed to create a balanced diet.”