Hun Sen made the commitment to send trainers, in collaboration with Japan, during a telephone conversation with Ukrainian President Volodymyr Zelenskyy last Tuesday, the ministry said in a statement.

Cambodia became one of the world’s most heavily-mined countries during almost three decades of war that ended in 1998, causing great risk to civilians, especially in rural areas.

Since then, a large number of mines and other unexploded ordnance have been removed and destroyed, greatly reducing the number of casualties.

Cambodian deminers have become among the world’s most experienced, and in the past decade several thousand have been sent under United Nations (UN)auspices to work in Africa and the Middle East.

Director General of the Cambodian Mine Action Centre, Heng Ratana said in a Facebook post that after consultation with its Japanese partners, his agency would send its first team to Ukraine in early December, and a second team in the first quarter of next year. Zelenskyy welcomed the offer of deminers, and he and Hun Sen agreed to appoint ambassadors to each other’s country, the ministry statement said.

Several other countries, including the United States and Germany, have already provided Ukraine with assistance in demining. In an unusual move for a nation that usually aligns itself with fellow former members of the socialist bloc, such as Russia and China,

Two of Cambodia’s neighbours that were also in the socialist bloc, Vietnam and Laos, abstained.” 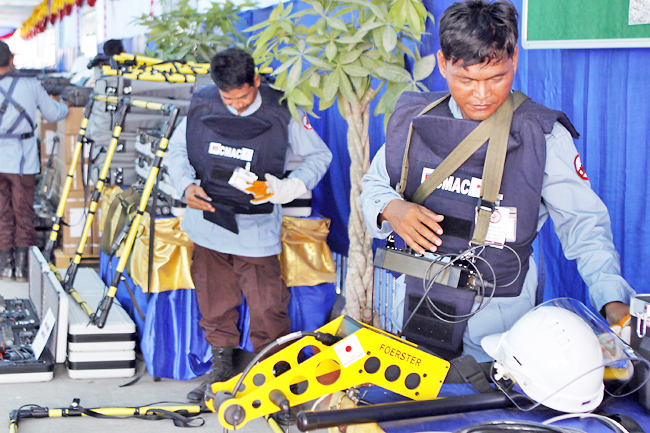