PHNOM PENH (XINHUA) – Cambodia has planned to upgrade its existing northern Phnom Penh-Poipet railway to become the kingdom’s first high-speed rail, which is expected to cost more than USD4 billion, the Ministry of Public Works and Transport said in a news release yesterday.

The China Road and Bridge Corporation (CRBC) presented its feasibility study’s preliminary results on the upgrading of the Phnom Penh-Poipet railway to the ministry on Monday, the news release said.

Poipet is a bustling city that shares its border with Thailand.

“The preliminary results showed that the 382km rail line requires an investment capital of more than USD4 billion, including electric locomotives and carriages, and the construction will take about four years to complete,” the news release said.

This high-speed rail will have a width of 1.43 metres, with the speed of 160km per hour, it said, adding that there will be a total of 33 stations and more than 300 overpasses along the route.

Minister of Public Works and Transport Sun Chanthol said construction work on the project is expected to commence in the near future.

“The northern Phnom Penh-Poipet high-speed rail will importantly serve transportation and promote socioeconomic growth, especially in the provinces and cities along the rail,” he said.

The high-speed rail will be mainly focussed on passenger and freight services between Cambodia and Thailand as well as other countries in the Association of Southeast Asian Nations (ASEAN), the news release said. 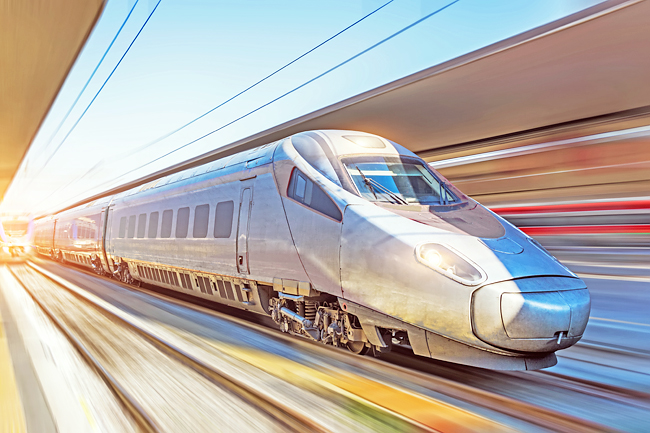