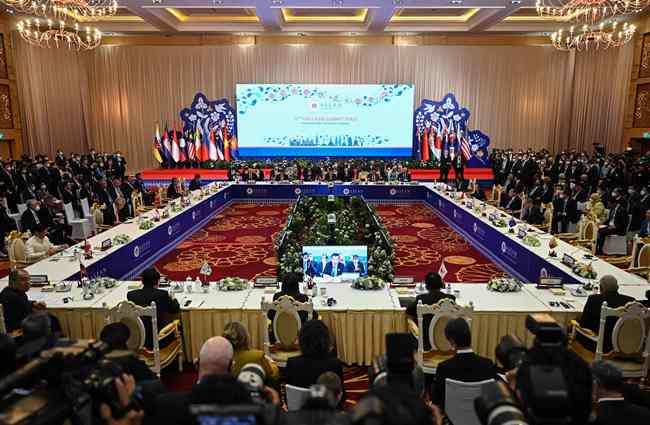 PHNOM PENH (AP) – Cambodian leader Samdech Akka Moha Sena Padei Techo Hun Sen called for unity on Sunday, telling a gathering including Russia, China and the United States (US) that current global tensions have been taking a toll on everyone.

The prime minister, whose country holds the rotating chair of the ASEAN, said at the opening of the East Asia Summit that it was in the world’s common interest to cooperate to solve differences peacefully. Without singling out any nation by name, Hun Sen said he hoped leaders would embrace a “spirit of togetherness in upholding open and inclusive multilateralism, pragmatism and mutual respect in addressing the existential and strategic challenges we all face”.