He also emphasised the need to carefully plan high performance programmes. It was suggested during the meeting that each athlete would need to participate in a high-level competition at least three times a year to maintain their level of consistency and progress.

Placements of two to three months are also required for athletes at least three months prior to competing in a targetted competition such as the SEA Games and Asian Games.

“A cost-effective opportunity for exposure before facing a major competition is based on the current financial situation. It is an important component and can contribute to the performance of the athletes. This is because exposure at ASEAN level can give athletes the experience of competing with better athletes.

“At the same time, coaches also can assess the training given to athletes and make adjustments as well as identify aspects for improvement before competing in any major competitions.”

Other suggestions include negotiation with the authorities to provide support and flexibility during a preparation training; the need for a centralised training system in at least three stages before a tournament; and the importance of creating a theme or motto for all athletes to be prepared, highly motivated and more focussed on one direction; as well as the need to plan a sideline programme for athletes to be physically and mentally prepared.

The great achievement is not only for the athletes and contingent but also for the whole country, he said. 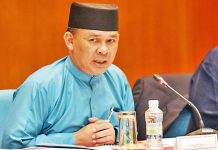 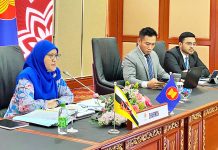 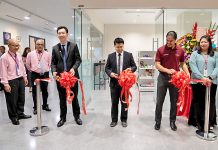