The Brunei Malay Culture and Literature Festival has promoted one of the country’s heritages – traditional children’s song – which have contributed to upholding of the Malay language in the country while indirectly raising the identity of the Malay people.

This was said by Permanent Secretary (Sports) at the Ministry of Culture, Youth and Sports Pengiran Mohd Amirrizal bin Pengiran Haji Mahmud during the opening of the festival at the Language and Literature Bureau’s (DBP) Balai Sarmayuda recently.

The DBP’s strengthening of the Malay language should be supported by all through various ideas, so that these efforts will continue to be made,” he said.

Pengiran Mohammad Amirrizal also praised the publication of O Kanak Kanak in 2021 for raising awareness on the revival of national heritage through 56 traditional children’s songs.

The effort has contributed to shaping a noble personality in the community from a young age, he added.

He believed that traditional children’s songs allow the young generation to absorb pure values and moral messages, thus should be incorporated into education.

“Technological advancement has paved the way for effective promotion of children’s songs, “ he added. 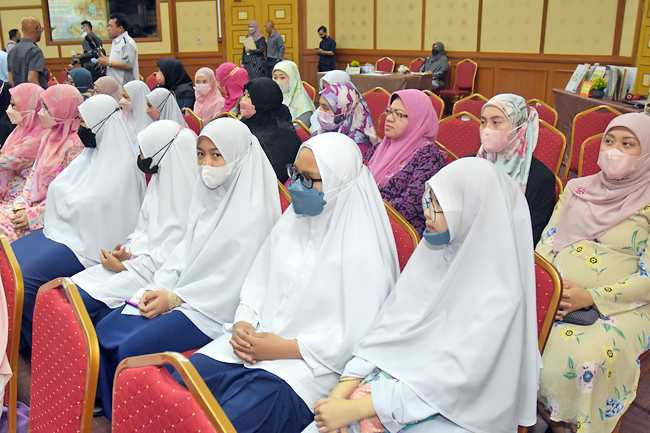