I would like to extend my gratitude to the authorities for keeping the populace from harm’s way with their swift and decisive actions in the face of COVID-19 threats. Now that we are inching towards the Endemic Phase, I hope that it’s a matter of time before we can put this health crisis behind us and put our efforts on rebuilding the economy.

The implementation of the BruHealth mobile application last year was timely as we were struggling to make sense of a virus that had brought the world to its knees. With the app, the authorities have been able to get on top of things and nip the outbreak in the bud before it gets out of control.

However, there is a glaring issue regarding the contact tracing app that has affected a great number of people, especially in recent times.

Take for example an incident that occurred in my workplace a few days ago. I was all the while green coded until I was about to scan in to the office. Coincidentally, it happened to two colleagues as well.

We immediately contacted the authorities to get to the bottom of things, and they assured us that it was no cause for alarm and advised us to “wait out the code”.

Following an investigation, it was found that there was an issue with the Bluetooth. Turned out, the COVID-19 positive individual was a sibling of a colleague, whom she had not seen in months; she used to be on my colleague’s BruHealth and had since been removed from app, following the discovery that she was infected with the virus.

The peculiar part is that particular colleague remained green coded, while some of us were somehow linked to the COVID patient.

We made an appeal to 148 but were told that we must have been in close contact with a positive case in the last few days, most likely in the workplace.

But yet, no one had been tested positive recently.

As a result of my BruHealth status, eight of my family members became red coded too.

I would like to appeal to the authorities to launch an investigation into Bluetooth possibly affecting the BruHealth app.

I sincerely hope our ordeal was an isolation case. But my concern is that it may be more widespread and it needs to be properly looked into to ensure that people are not wrongly coded red. Or worse, the ones who are supposed to be red coded have escaped a system that is glitchy. 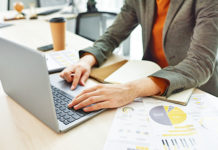 Call for extension of i-Ready apprenticeship 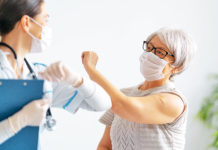 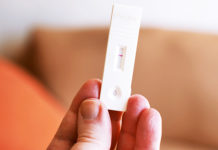 Two COVID-19 tests in one day?