LOS ANGELES (AFP) – Don’t try this at home: footage of a California teenager who shoved a large bear off her garden wall to protect her dogs has gone viral.

Hailey Morinico said she was lucky to escape in one piece from the encounter with a black bear in Bradbury, northeast of Los Angeles, which was captured on home video surveillance.

The footage has featured on United States (US) television networks and received almost 10 million “likes” on TikTok social media platform.

Morinico and her mother were gardening when the bear and her two cubs appeared on a low wall, immediately catching the attention of the family’s dogs, who rushed at the animal barking.

As two bear cubs retreated, the mother bear kept the dogs at bay by swiping with her giant claws, even briefly lifting up one of the smaller canines. 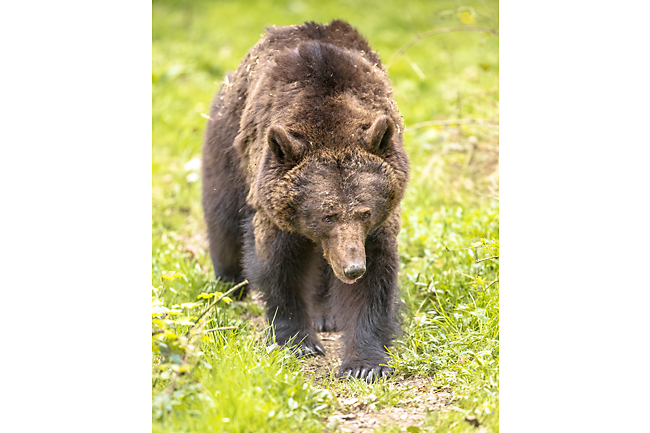 When she spotted the altercation, Morinico ran “to see what they’re barking at and it’s not a dog – it’s a bear”, she told local television station KTLA.

“The first thing I think to do is push the bear. And somehow it worked,” said the 17-year-old.

Off-balance, the bear fell off the low wall before retreating with her cubs.

Morinico’s panicked parents can be heard shouting in the background of the video, with her mother Citlally writing on Facebook that it was “one of the scariest moments in life.”

A wildlife expert estimated that the black bear weighed about 70 kilos and the cubs were only a few months old.

Although black bear sightings are common across parts of California, attacks are rare and typically are defensive in nature, according to the state’s wildlife department.

Morinico walked away from the encounter with only a sprained finger, but on reflection told viewers that she would not recommend they follow her example.

“Do not push bears,” Morinico said. “Don’t do what I did, you might not have the same outcome.”