QUETTA, PAKISTAN (AP) — A speeding bus carrying pilgrims overturned on a highway and fell into a ravine in a remote area in southwestern Pakistan before dawn yesterday, killing at least 20 people and injuring 50 others, police and officials said.

The accident happened in Khuzdar, a district in Baluchistan province, local police official Hafeez Ullah Mengal said. Rescuers transported the dead and injured to military and government hospitals, he added.

Imam Bakhsh, one of the injured passengers, told The Associated Press by phone that passengers had repeatedly warned the driver to be more careful.

He blamed the driver for the accident, saying he was enjoying music and driving recklessly.

Imran Ahmad, an official with the Levies security force said driver negligence apparently caused the accident, but that officers were still investigating.

The pilgrims were returning to Dadu, a district in the neighbouring southern Sindh province.

He said the bus was overcrowded and several pilgrims were also sitting on its roof when the accident took place. Ahmed said some of the injured were listed in critical condition. He said the bus driver was also among the injured.

“There is not a single passenger who does not have an injury because of the bus accident,” Ahmed told the AP by phone. Those who died or were injured were from Sindh province. 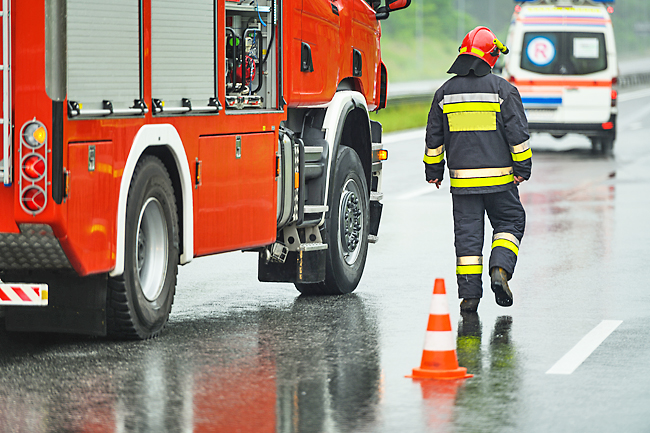