Children around the world face discrimination based on their nationality, ethnicity, language and religion, according to a recent United Nations International Children’s Emergency Fund (UNICEF) report.

‘Rights Denied: The Impact of Discrimination on Children’ highlights the widespread disparities among minority and ethnic groups which in turn impact children’s education, birth registration, immunisation and access to water/sanitation.

“Exclusion and discrimination during childhood cause harm that can last a lifetime,” said UNICEF Executive Director Catherine Russell. “This hurts us all. Protecting the rights of every child – whoever they are, wherever they come from – is the surest way to build a more peaceful, prosperous, and just world for everyone.”

The report also highlights the prominence of discrimination in children’s everyday lives. In a recent UNICEF U-Report poll of over 407,000 respondents, almost two-thirds feel discrimination is common in their schools or communities, while almost half feel discrimination has impacted their lives or that of someone they know in a significant way.

“We have the power to fight discrimination against children – in our countries, our communities, our schools, our homes, and our own hearts. We need to use that power,” said the executive director. 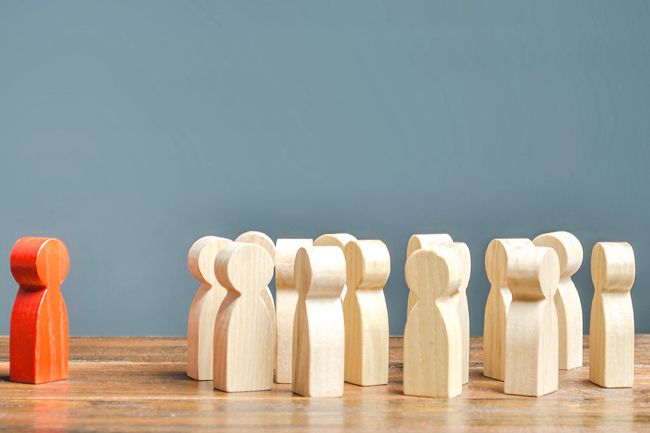 In many countries, significant disparities persist among children with regards to education, birth registration, water and sanitation and immunisation. While evidence suggests there are disparities between minority groups, it is not necessarily due to race, ethnicity or religion. Multiple factors may be involved as to why some religious and ethnic groups have less access to services such as living in remote or rural areas, which the report highlights is itself a manifestation of discrimination based on where people live.

Expectations of teachers are also correlated with students’ educational outcomes. When teachers expect more, students are more likely to perform better and complete higher education. In many cases, teachers have different expectations depending on a student’s ethnicity, race, economic status or national origin. The report cites a study in the United Kingdom in which Eastern European secondary school students experience racism and low expectations from teachers.

Religion and ethnicity appear to influence birth registration levels in some countries. In certain cultures and population groups, traditional customs or practices such as naming ceremonies may be prioritised over the formal process of birth registration. Some minority groups are also more likely to live in remote areas where birth registration services are either lacking or difficult to access.

Without birth registration, children are invisible in official statistics and lack legal identity, depriving them of their basic rights. They are harder to reach by community health workers, often cannot attend school and are vulnerable to abuse in the justice system with no way to legally prove their age.

The report also cites a recent study which found lower immunisation rates among children from minority ethnic groups in over half of the 64 countries analysed. Children from a majority ethnic group in a country tend to have lower zero-dose prevalence compared to the rest of the population, with similar disparities found across other child health services.

In a study involving 36 low- and middle-income countries studied on under-five mortality, more than two-thirds found a significant difference by ethnic group.

In some countries, a number of indigenous people, pastoralists and/or nomadic communities lack access to safe water and sanitation such as in Latin America, where indigenous groups are significantly disadvantaged.

Migrant workers or asylum-seekers often face difficulties in accessing water and sanitation, given that the facilities are not made available by the host states. Migrants in irregular situations such as those residing in a country without a required permit are in a persistently vulnerable position, for fear of approaching public authorities.

In countries such as the United States, race is strongly associated with access to water and sanitation, in which African-American and Latino households are nearly twice as likely to lack complete plumbing compared to white households while Native American households are 19 times more likely.

Meanwhile in Bangladesh, access to improved drinking water sources is almost universal for the Bengali population but less than two-thirds of the minority ethnic population have access.

Young people tend to view discrimination as a bigger problem than older people, said the report.

According to a survey by UNICEF Changing Childhood Project across 21 countries last year, more young people are dissatisfied with progress in tackling discrimination. Similarly, a 2021 Pew Survey found that a greater percentage of young adults under 30 saw discrimination as a problem.