DUBAI, UNITED ARAB EMIRATES (AP) — Dubai’s budget carrier flydubai reported on Sunday a loss of USD194 million in 2020 as revenue fell by more than 50 per cent in what it described as one of the toughest years in the aviation industry.

The carrier’s financial losses reflect how the coronavirus pandemic has pummelled the aviation industry, resulting in the closure of airports, the suspension of flights and the loss of billions of dollars and tens of thousands of aviation jobs.

Flydubai’s net loss of USD194 million last year stands in contrast to its profit of USD54 million the year before. Revenue slid by more than half to USD773 million last year compared to USD1.6 billion in 2019. The company said the hardest weeks last year were between the end of March and the first week of July, a period in which even Dubai’s busy international airport was closed to all travellers.

The number of flights operated last year by flydubai fell by more than 60 per cent, resulting in a dramatic decrease in passenger numbers, which plummeted to 3.2 million in 2020 compared to 9.6 million in 2019.

The company’s workforce shrank by 192 employees last year. Of the remaining 3,796 employees, nearly 1,100 have been put on unpaid or voluntary leave. Others have seen their salaries reduced.

Flydubai Chief Executive Officer Ghaith al-Ghaith said he recognises this “created some hardship”, but said such moves were necessary to maintain employment levels. 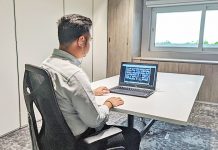 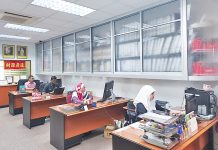