More than 67 young aspiring scientists from across the nation put their best foot forward in performing and wowing a panel of judges as they showcased their science know-how and acting skills as the Seria Energy Lab (SEL) hosted the preliminary rounds for its annual Science Show competition.

The Science Show competition this year marks the sixth instalment organised by SEL, which garnered participation from both government and private schools nationwide.

Participants attended a workshop in September which acted as a guide to teaching them how to create their science show.

The workshop comprised several modules including planning, conducting research, and understanding the importance.

The competition provides a platform for students and the public to participate in science communication. The skill is often associated with being science, technology, engineering and mathematics (STEM) literate.

The competition aims to stimulate creativity skills as well as innovative thinking through interactive science communication. Out of the 67 participating students, only three teams will be chosen to compete in the final round, in March next year.

As one of SEL’s most iconic programmes, the Science Show competition, first introduced in 2015, aims to help students to approach learning STEM education through creative performance in delivering a series of science experiments and sharing interesting science facts to an audience, all while providing entertainment. 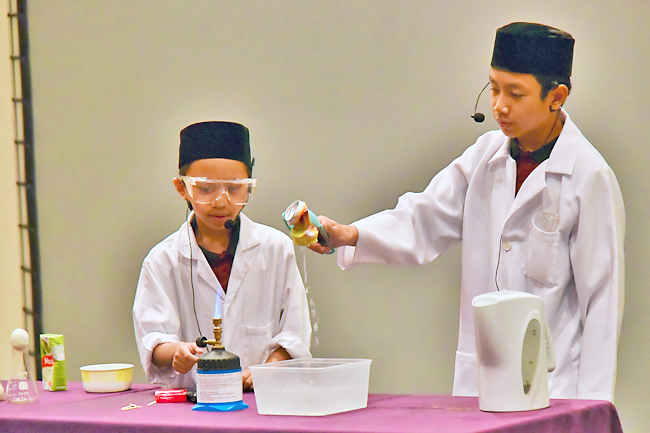