Compared to September 2022, total trade fell by 3.7 per cent due to a fall in exports, mainly mineral fuels.

In terms of commodity, mineral fuels represents the major contributor to the Sultanate’s exports at 77.2 per cent, followed by chemicals (20.2 per cent), and machinery and transport equipment (1.1 per cent). 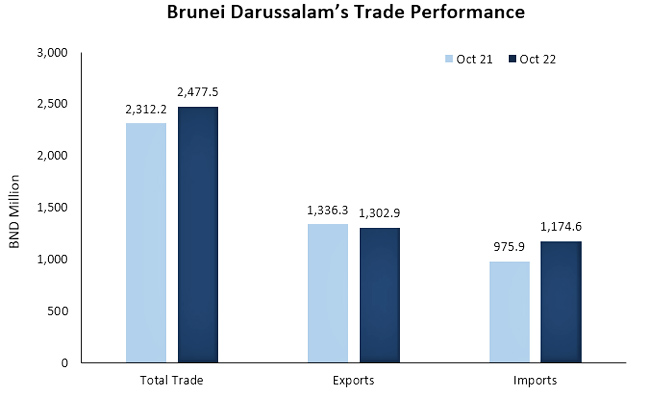 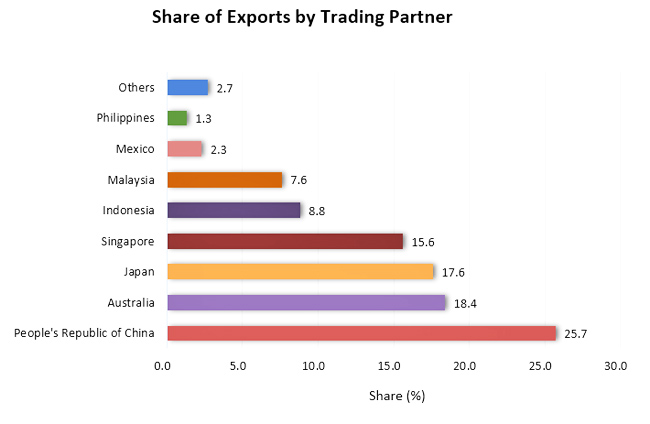 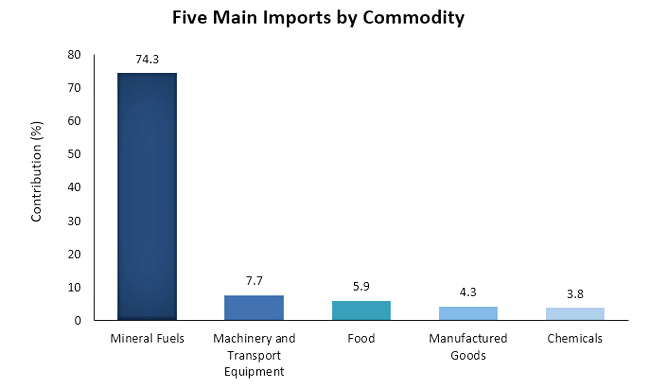 The main exports market in October 2022 was China (25.7 per cent), followed by Australia (18.4 per cent), and Japan (17.6 per cent). The largest export commodity to China was chemicals, whereas to Australia and Japan was mineral fuels.

The biggest import partner by share was United Arab Emirates (37.0 per cent), followed by Malaysia (23.8 per cent) and Qatar (12.3 per cent), with mineral fuels as the largest import commodity.

Most of Brunei’s imports at 59.8 per cent are used as intermediate goods for processing, followed by capital goods (37.5 per cent) for business operations and consumption goods (2.7 per cent) for household use.

Transport by sea accounted for the highest share for both exports and imports, which amounted to BND2,384.8 million or 96.3 per cent. This was followed by air transport (BND60.6 million or 2.4 per cent) and via land (BND32.1 million or 1.3 per cent).