Brunei Darussalam’s total trade was valued at BND1,330.7 million in July, an increase by 22.1 per cent from BND1,089.8 million during the same month last year, said the Department of Economic Planning and Statistics under the Ministry of Finance and Economy in a statement yesterday.

It added that for month-to-month changes, the total trade increased by 17.5 per cent from June to July.

The decline in exports of crude oil and LNG, the department said, was due to the slow global demand – crude oil, in particular – amid the COVID-19 pandemic, coupled with a decrease in crude oil and LNG export prices.

Meanwhile, exports of LNG declined due to a decrease in the average export price to USD5.69 per million British thermal units (MMBtu) in July 2020 from USD10.87 per MMBtu in July 2019. The five main import commodities were – mineral fuels at 40.1 per cent; machinery and transport equipment at 24.4 per cent; manufactured goods at 12.7 per cent; chemicals at 9.1 per cent; and food at 8.6 per cent.

In the ‘By End Use’ category, imports of intermediate goods accounted for 56.5 per cent of total imports, followed by capital goods at 38.3 per cent and consumption goods at 5.2 per cent.

For imports by trading partners, the department said the highest share was from Malaysia at 20.8 per cent, followed by the United Arab Emirates (UAE) at 11 per cent and Nigeria at 10.2 per cent.

According to the mode of transport, the highest share was transported by sea, amounting to BND1,212.9 million or 91.1 per cent, followed by air at BND91.6 million or 6.9 per cent and land at BND26.1 million or two per cent.

The IMTS full report for July is available at www.deps.gov.bn. 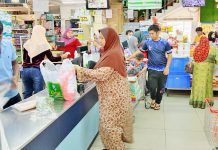 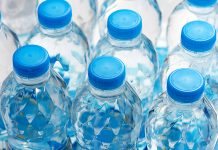 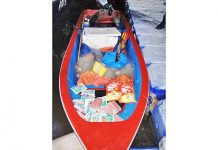