Brunei Darussalam’s Instagram users are the second highest globally in terms of population ration reaching audiences of 70.5 per cent (by eligible audiences above 13 years), after Kazakhstan (78.7 per cent), which is up by one spot compared to the previous year.

We Are Social and Hootsuite stated this in its annual report on Tuesday that gives insights into global social media usage and digital trends for the past year.

In last year’s report, the number of Instagram in Brunei was the third highest in the world, reaching audiences totalling 210,000 (or 60 per cent). Instagram usage growth rate is about 2.4 per cent. The Sultanate levelled with Iceland and Kazakhstan, which also recorded a rate of 60 per cent.

The number of Facebook users in the Sultanate was the 10th highest globally in last year’s report, with 89 per cent or 310,000 users (13 years and above) in terms of population ratio. Aruba, Qatar and the United Arab Emirates (UAE) came in the top three, with 96 per cent, 96 per cent and 95 per cent.

Last year’s report also stated that Brunei is second highest in terms of social media use by eligible audiences (13 years and above) with use rates of 117 per cent or 410,000 users. Kuwait came in top with 122 per cent or 4,200,000 users. (This year’s report on Brunei will only be available in mid-February.) 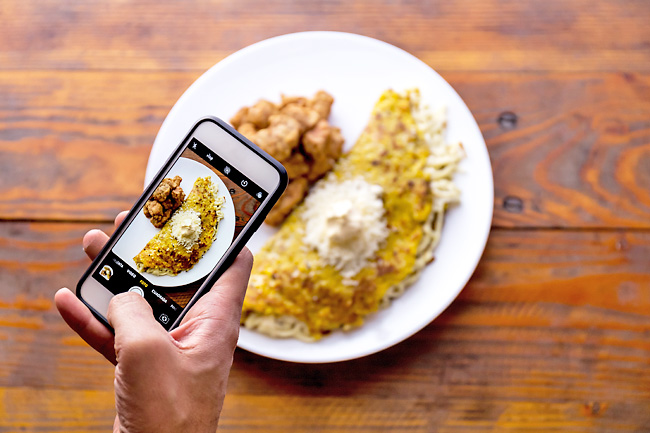 According to the report, Digital 2021 showed that while the world spent much of 2020 in lockdown, social media users indicated the fastest growth rate in three years. To date, there are about 4.20 billion social media users around the world, representing year-on-year growth of more than 13 per cent (490 million new users).

The number of social media users is now equivalent to more than 53 per cent of the world’s total population.

Meanwhile, there has been a surge in overall time spent online, with the average internet user now spending almost seven hours per day using the Internet across all devices. This means the average user spends more than two full days online out of a seven-day week, up by 16 minutes, or four per cent year-on-year.

“Increasingly, consumers connect with brands in the same way they do with their friends and family members, via social and messaging apps,” said Hootsuite CEO Tom Keiser. “The pandemic has only accelerated this shift, with even laggard brands now moving to online interactions.”

The findings also outlined that with 45 per cent of users aged 16 to 64 are searching for brand information on social networks, while 40 per cent are using social media for work purposes.

There has also been an increasing popularity of messaging platforms, with 91 per cent of internet users aged 16 to 64 now using chat apps each month and in that messaging has surpassed social media; platform use, now in second place at 88 per cent.

“Providing the global perspective on demographics and usage patterns on these platforms helps our customers focus their digital strategies and connect with their audience in the most relevant and authentic way,” added Keiser.

The Philippines tops the world again for the fifth consecutive year, spending an average of four hours and 15 minutes each day on social media.

The global average for social media usage is two hours and 25 minutes, with Japan taking the last spot in the rankings, recording an average of 51 minutes. No figures were available for Brunei Darussalam.

The Digital Report 2021 rounds up the reasons people use social networking sites, which include staying up-to-date with news and current events, and to find funny or entertaining content.

Other reasons are to fill up spare time, staying in touch with friends, sharing photos or videos with others, researching products to buy, general networking with other people, sharing opinions, and meeting new people.

The Digital Report 2021 is compiled by the We Are Social agency, in collaboration with the social media management platform, Hootsuite.